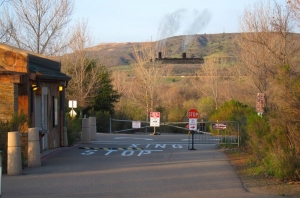 April 14, 2014 (San Diego) – One year after the California Public Utilities Commissions suspended an application for the controversial gas-fired Quail Brush power plan proposed near Mission Trails Regional Park and schools in Santee, the applicant has taken steps to keep the proposal alive.

An attorney representing Quail Brush Genco LLC, the applicant, has sent a letter to the CPUC asking that the suspension be extended for an additional year to “provide time for the applicant and SDG&E to analyze commercial opportunities for the project in light of the current or changed circumstances in SDG&E’s service territory as well as any amendments that may be needed,” the letter states, adding, “The applicant continues to believe that SDG&E and the citizens of San Diego need the generation that the project would provide and that development of the project remains feasible.”

The attorney added that by extending the suspension, rather than withdrawing the application, the applicant may elect to file a request to reinstate the proceeding and end the suspension during the next 12 months.

Put it somewhere else. There are more appropriate sites. Better yet, support solar!
SAY NO TO QUAIL BRUSH AGAIN! The CEC is requesting public comments as soon as possible in order for this input to be considered by the Committee. Please voice your opposition to the suspension, asking instead for the application to be vacated. NOTE: Comment deadline is April 23, 2014. Go to: savemissiontrails.org for sample letter and links to the CEC website.