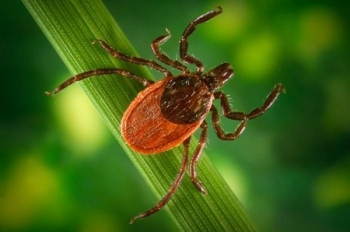 February 14, 2018 (San Diego) -- County health officials are cautioning hikers to protect themselves and their pets from ticks, after several of the blood-sucking insects along the Lopez Canyon Trail in Sorrento Valley tested positive for tularemia, better known as rabbit fever.

Tularemia can be treated with antibiotics but can cause long-term harm and in some cases, death.  Tick populations are on the rise countywide, and it’s unknown whether the disease may be present in other locations.

When hiking or walking in grassy or brushy areas in the backcountry, you can protect yourself by wearing hiking boots, long pants and long sleeves, and by applying insect repellant. Pets can be protected with products that kill fleas and ticks.

Ticks carry not only tularemia, but also other debilitating diseases such as Lyme disease and Rocky Mountain Spotted Fever, which have also been transmitted locally in the past.

Cats are susceptible to tularemia and can transmit the disease to humans, the U.S. Centers for Disease Control, or CDC, reports.

If you are bitten by a tick, the county advises using a tweezer to grab it by the head and then carefully pull out the tick.  Symptoms of tularemia may include ulcers on the skin and swollen lymph nodes, according to the CDC.

Tularemia can be transmitted not only through tick bites, but also through bites from deer flies, from ingesting water contaminated with the tularemia bacteria, or from inhaling dust or aerosols containing the organism.