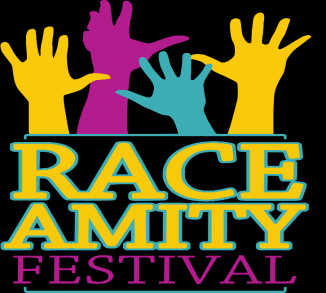 May 21, 2021 (Lemon Grove) – The Baha’is of Lemon Grove invites you to a virtual program in recognition of Race Amity Day on June 13 from 3 p.m. to 4:30 p.m., followed by interaction dialogue sessions June 14-18 which will include viewings of short films depicting influential Americans working hand in hand to blur the color line.

You can register in advance for this gathering on zoom at https://us02web.zoom.us/meeting/register/tZcrf-6prjMiHtDWcc5JoGQImyWZPzZTWZWE or for more information, call (619) 851-4689.

Below is a schedule of events, along with more details on the history of the annual Race Amity Festival.

The Preacher and the Rabbi - Monday, June 14 at 7 p.m.
Abraham Joshua Heschel/Martin Luther King Jr.
Abraham Joshua Heschel (1907-1972) was a Jewish theologian and philosopher with a social consciousness that led him to participate in the civil rights movement. Considered “one of the truly great men” of his day and a “great prophet” by Martin Luther King, Jr. (1929-1968), Heschel articulated to many Jewish Americans and African Americans the notion that they had a responsibility for each other’s liberation and for the plight of all suffering fellow humans around the world.

The General and The Quaker - Tuesday, June 15 at 7 p.m.
Thomas Garrett/Harriet Tubman
Thomas Garrett (1789-1871) was born into a Quaker family in Pennsylvania.  As a young man he was instrumental in helping one of the family servants to escape from men who had captured her, with the intention of selling her into slavery.  This incident led him to devote his life to the abolition of slavery and to helping fleeing slaves.  Harriet Tubman (1820-1913) escaped slavery and subsequently helped family and friends gain their freedom, using the network of antislavery activists and safe houses known as the Underground Railroad. Garrett was a friend and benefactor to Tubman, who passed through his station many times.

Low Country Teacher & The Liberal Hillbilly - Tuesday, June 15 at 7 p.m.
Myles Falls Horton/Septima Poinsette Clark
Myles Falls Horton (1905 –1990) was an American educator, socialist, and co-founder of the Highlander Folk School, famous for its role in the Civil Rights Movement. He envisioned a place for blacks and whites to meet together and improve their lives. Septima Poinsette Clark (1898–1987) was an African American educator and civil rights activist.  She attended a workshop at Horton’s Highlander Folk School in 1954. Myles Horton quickly hired her as the full-time director of workshops. Clark developed the literacy and citizenship workshops that played an important role in the drive for voting rights and civil rights for African Americans in the Civil Rights Movement.   Clark argued that "knowledge could empower marginalized groups in ways that formal legal equality couldn't."

Godmothers of Race Amity - Thursday, June 17 at 7 p.m.
Mary McLeod Bethune/Eleanor Roosevelt
Mary McLeod Bethune (1875-1955), born to former slaves a decade after the Civil War, devoted her life to ensure the right to education and freedom from discrimination for African Americans. She was an educator, an organizer, and a political activist, and opened one of the first schools for African American girls. For nearly three decades, Bethune forged an unlikely friendship with another first lady, Eleanor Roosevelt (1884-1962). Bethune became a trusted advisor to both Roosevelt and her husband, President Franklin D. Roosevelt, and played a key role in shaping government policies for Black Americans during the 1930s and '40s.
Amity & Brotherhood for Education - Friday, June 18 at 7 p.m.

Julius Rosenwald/Booker T. Washington
In 1910, Julius Rosenwald (1862-1932), president of the Sears, Roebuck mail-order empire, read Booker T. Washington’s (1856-1915) Up From Slavery, an account of his emancipation and founding of the Tuskegee Institute.  Rosenwald recognized in Washington a kindred spirit, someone who, like him, was a fierce believer in the power of self-determination.  A friendship sparked, and over the next 20 years the two men would team up to build more than 5,000 schoolhouses in black communities across the South.
Register in advance for these meetings:https://us02web.zoom.us/meeting/register/tZMlfuihqDoqE9ZrZTnwOV-BM4yuhUx....  For More Information: Call (619) 851-4689

The purpose of this forum is to promote racial harmony and understanding among all people, starting in our own neighborhoods.

America has an untold record of collaboration and friendship among diverse ethnic groups in different regions beginning before our Revolutionary War. The word amity means friendship, which becomes the bridge we can use to pass over the divides of ethnicity, gender, age, and social standing. With friendship, we can begin going forward together, building a firmer foundation of social justice and peace.  Race Amity conferences and celebrations have been celebrated in different parts of our country for over 100 years.  This is the third annual observance in Lemon Grove.

In 1912, the country was torn with racial division, and “separate but equal” was the highest level of interracial relations to which the nation aspired. ‘Abdu’l-Bahá, son of Baha’u’llah, the Founder of the Baha’i Faith, challenged America to go beyond tolerance, to embrace diversity completely, and to demolish racial barriers in law, education and even marriage. During His visit to America in that year, ‘Abdu’l-Bahá demonstrated His vision of racial equality by bold and unconventional actions.  In Washington, D.C., He set the tone at a luncheon in His honor on April 23, 1912.  ‘Abdu’l-Bahá took His place, looking around the elegant dining room at the white faces, everyone seated according to rank and social position and in keeping with strict Washington social protocol. He stood up and asked his host, “Where is Mr. Gregory?”  Louis Gregory was an African-American Baha’i.  ‘Abdu’l-Bahá insisted that he join the party and occupy the honored place to His right at the head of the table. Thus, in a single stroke, ‘Abdu’l-Bahá defied Washington protocol and swept aside the practice of segregation by race and categorization by social rank, setting a powerful example, and challenging the customs of the deeply divided capital city.  Throughout His U.S. visit, ‘Abdu’l-Bahá insisted that every venue where He spoke be open to people of all races.

In a talk at Howard University, ‘Abdu’l-Bahá praised the Emancipation Proclamation of 1863 as paving the way for universal and worldwide emancipation of persons of color, and emphasized the even higher goal for which this nation must strive, that of love, unity and complete integration between the races.  ‘Abdu’l-Bahá encouraged interracial marriage as a way to unite the races. In 1914, the first interracial Bahá’í marriage took place.

On June 29, 1912, ‘Abdu’l-Bahá invited the Bahá’ís of New York and the surrounding areas to a unity feast to express his gratitude for all they had done on his behalf during his visit to the West. This gathering of approximately 350 people of diverse backgrounds was held in Teaneck, New Jersey and has been commemorated every year since with a unity picnic.

Mrs. Agnes Parsons, a prominent Washington D.C. socialite, was tasked with planning America’s first Race Amity Conference in 1921. ‘Abdu’l-Bahá told Mrs. Parsons in 1920 on her visit to the Bahá’í Holy Places in Haifa, Israel, that she must organize a convention in her city to unite the races. This admonition followed closely on the heels of widespread racial tension across the country, called the “Red Summer” of 1919. During July 1919, white servicemen returned from the war fronts and attacked Blacks. It turned into race warfare in Washington, D.C. when white gangs attempted to burn the black district, prompting its residents to arise to defend themselves and their property. It was into this environment that Mrs. Parsons and Louis Gregory were thrust forth by ‘Abdu’l-Bahá to plan an event that advanced the principle of racial equality, and that aimed at expanding the nation’s thinking to embrace not merely tolerance, but racial harmony and amity. Four Race Amity conferences were held between 1921 and 1924.

Race Amity Day was instituted by the Bahá’í National Spiritual Assembly in the United States in 1957.  It is now observed on the second Sunday of June each year.  This year, the day falls on Sunday, June 13.