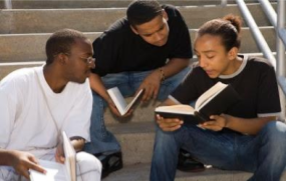 May 1, 2019 (San Diego) -- Three incidents in the past few weeks have targeted members of the black community at San Diego State University.

In March, a group of men yelled a racial slur from a vehicle while passing by the Black Resource Center on campus.  Then in mid-April, the center was vandalized, prompting a rally against racism and requests from student leaders for an alarm system.

In the latest incident, campus officials announced that authorities are investigating a “threatening and disparaging remark” in a Snapchat video targeting a member of the black community on campus. The San Diego Union-Tribune reports that officials indicated the video contains “imagery historically used to threaten black individuals and communities.

On Twitter, SDSU posted, “This is completely unacceptable and not reflective of SDSU, our campus culture or the values we uphold.”

Anyone with information about the Snapchat video is asked to contact campus police at policeinvestigations@sdsu.edu.