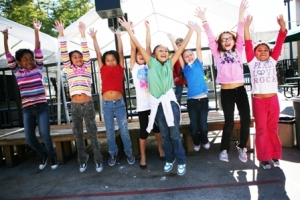 March 24, 2014 (San Diego)-Some of us run for fun, some of us run for better health, and some of us run on behalf of others. We have all heard of, or even had friends or family members who have walked for breast cancer, brain cancer, and many other ailments. Wonderful people volunteer their time to help raise awareness of these diseases or even raise funds for the less fortunate. Society as a whole has become selfish in these times of need, however there are still a select  few that love their fellow man or child in this case.

Each Ragnar race is approximately 200 miles in distance, with races lasting two days and one night. There are two types of teams, traditional and ultra. A traditional team is made up of 12 runners while the ultra is made up of 6. Each runner on a traditional team is responsible for running  three legs of the race, with each leg of the race ranging from 3-8 miles. The total distance a runner has ranges from 9-21 miles, which works out great since there are so many different skill levels on most teams. On a traditional team the runners are divided  into two vans, although only one is running at a time. Once all the runners from van#1 have completed their legs, van# 2 is activated as the runners from van#2 relax with refreshments which include energy bars and water.

Race legs vary in distance, most legs between 3-8 miles.  Some of the legs can be as short as 2 miles and as long as 13.5 miles. 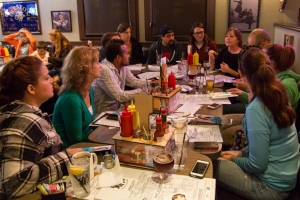 Monarch School is a k-12 school that provides education, food, clothing, along with shelter and extracurricular activities for the homeless. This is the second year in a row that team leader, Dan McCormack is running the relay for Monarch.

“I am a firm believer in the teachers and the program that helps so many children, that would otherwise be homeless. “ stated McCormack.  “ Our whole goal in this relay is to have fun, and to raise a lot of money for Monarch school, which will help educate and develop our future leaders, and keep them off the streets.”

Last year McCormack only had enough time to dedicate as a runner, but was such a believer in the program after meeting with the actual students. If anyone out in San Diego is looking to help a great group of runners for an awesome group of teachers, come out and support the Monarch school and the wonderful volunteers.