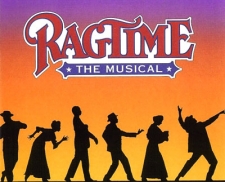 February 26, 2011 (Spring Valley) – Ragtime, the musical that won a Tony Award in 1998 for best musical score on Broadway, will be performed by Young Actors Theatre at the Encore! Theatre in Spring Valley March 17-20 and March 24-27.

The musical offers a powerful portrayal of life in turn-of-the-century America based on E.L. Doctorow’s acclaimed novel. Interweaving stories of three families as they confront the issues of wealth and poverty, freedom and prejudice, hope and despair--and what it means to live in America--the story’s themes resonate with audiences today.

The musical score was written by the award-winning composer/lyricist team of Stephen Flaherty and Lynn Ahrens (“Once On This Island,” “Seussical,” “Lucky Stiff”) with script by noted playwright Terrence McNally (“Kiss of the Spider Woman” and “Master Class”).

The theatre is located at 9620 Campo Road in Spring Valley.

To order tickets, or for more information, visit http://www.yatsandiego.org/.