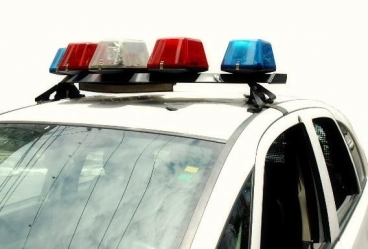 October 4, 2021 (Ramona) – A Ramona mother and her boyfriend have been arrested in connection with the accidental shooting of the woman’s 2-year-old daughter. Child Protective Services is caring for the toddler while the investigation continues.

The Sheriff's Department was notified about the gunshot wound by a call from Sharp Rees-Stealy Medical Center in Santee on Sunday, October 3 just after 11 a.m.

When deputies from Ramona and Santee arrived at the medical facility, they interviewed the child’s family and learned that around 10 a.m.

Deputies learned that around 10:00 a.m., the child was in a bedroom of her family home in the 24000 block of Sargeant Road in Ramona.

He adds, “While holding the gun and trying to disassemble it, Estrada pulled the trigger, causing the weapon to fire.  The bullet struck the toddler in her leg. Tejeda noticed her daughter was bleeding and crying. The investigation revealed neither Tejeda nor Estrada made any effort to call for emergency medical assistance.”

Tejeda and Estrada then drove the toddler to a clinic in Ramona. The clinic was closed, so they drove to Sharp Rees-Stealy Medical Center in Santee. While Tejeda was with her daughter, Estrada hid the still-loaded gun in the bushes outside of the facility.

The toddler was transported via ambulance to Rady Children's Hospital.  The bullet was removed from her leg and she is expected to make a full recovery.

“During the investigation, Estrada told deputies what happened and where he hid the gun,” Lt. Vengler says. “The weapon was recovered by deputies.”

Estrada was arrested and booked into San Diego Central Jail on charges of child neglect, child endangerment and for negligently discharging a firearm.

Tejeda was arrested and booked into the Las Colinas Detention and Reentry Facility on child neglect and child endangerment charges.  She has been released after posting $100,000 bail.