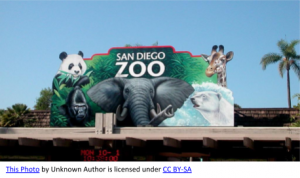 March 5, 2020 (Ramona) – A Ramona man who worked as a biologist at the San Diego Zoo has pleaded guilty to stealing over $236,000 from the zoo, according to the U.S. Attorney’s office in San Diego.

Investigators found John Anderson, 49, made fake vendor invoices from 2008-2016 for third parties that then made payments to Anderson.  He was charged with theft or conversion concerning programs receiving federal funds.

Anderson is scheduled for sentencing on June 8. He could be sentenced to up to 10 years in prison plus fined up to a quarter of a million dollars.

He worked for the zoo for over 17 years, first as a research fellow and later, Director of Behavioral Biology for Conservation Research before being fired in 2017.

FBI Special Agent in Charge Scott Brunner says, “When an employee violates that trust and abuses their position to defraud and steal money for personal benefit, the FBI stands ready to hold them accountable.”

. . .he violated a trust from the web... >San Diego Zoo Global represents more than a century of work on behalf of wildlife. At the San Diego Zoo, San Diego Zoo Safari Park, and the Institute for Conservation Research, we have honed our skills in animal and plant care, veterinary medicine, and multidisciplinary science. Experienced in reintroducing sustainable populations of endangered species back into their native habitats, we honor our extraordinary history with a calling to conserve the natural world. >We act with integrity because it is fundamental to our success and ability to inspire.

That is probably not much money compared to the Zoo budget, but as a director of research he must have made a decent salary. I hope that he has to repay the money and does over one year in prison.