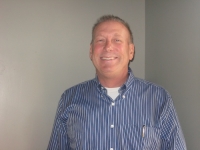 October 11, 2012 (Spring Valley)- Retiree Randy Dibb wants to run for the San Miguel fire board because he has “concern for the district” and wants to bring “changes.” His values include satisfying the needs of the constituents coupled with the dramatic changes in the way the district does business, and putting together a viable budget within the current concerns of the district.

There’s a question of how safe East County residents are from major fires. Dibb believes that District residents are “not as safe as we once were several years ago.” He adds, “We shut down one engine at station 15. Now there’s an adequate engine at station 23. But we’ll have to live with what Cal Fire does and see how that plays out within the course of the first year or so.”

He was initially opposed to the outsourcing of all services to Cal Fire but adds, “It is what it is.” He disagrees with the board in that, “some of the fiscal properties are not necessarily the way I place my priorities.”

He wants readers to know that he was born and raised in East County. He went to Grossmont Union High School  District schools. “I have grown up, been educated, and worked in this area. I have a knowledge of this area that few other candidates [on the board] would possess.”