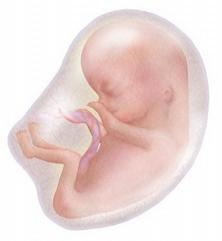 January 30, 2016 (San Diego’s East County) -- Unbelievably another Roe v Wade anniversary is upon us as the dead babies number about 58 million lives lost after 43 years. Do these lives matter?

Overall 2015 was not a good year for the abortion industry. First, the special report compiled by Operation Rescue revealed in their 2015 Abortion Clinic Survey that since 1991, 81% of abortion clinics closed. Public opinion is turning against the killing of babies and the harming of their mothers.  One expression of this is the March for Life when hundreds of thousands mostly young fresh faces participate in DC each year.

Then the nation’s largest abortion provider lost its mask of respectability when exposed by the Center for Medical Progress.  Their series of videos clearly showed the evil of high leveled Planned Parenthood personnel coldly haggling over the prices of baby hearts, brains and tissue. Their heartless jokes as organs are cut out of babies with beating hearts would make Joseph Mengele proud. (the infamous Angel of Death Nazi doctor). Nationally, there are efforts to defund Planned Parenthood as well as states investigating them. (Editor’s note: After this editorial was received, the makers of the video referenced here were indicted by a Texas Grand Jury for falsifying some of the material;  investigations in several states cleared Planned Parenthood of violating the laws, though ethical questions remain.)

Those babies’ lives should matter.

In desperate damage control, PP president Cecile Richards confirmed that her group’s affiliates would no longer accept reimbursements for collecting and transporting the baby parts. PP has also sought to shoot the messenger by filing suit against the Center Medical Progress to silence and punish them for reporting the truth of their profiting from selling baby parts.

2016 has the potential to accelerate the return to respect for all human life.

All the Republican presidential candidates, Cruz, Trump, Rubio, Carson, Bush, Christie, Kasich, Fiorina, Huckabee and Santorum are pro-life. Hillary Clinton, on the other hand, just received the first ever PP endorsement of a candidate in a presidential primary.  Indeed, in the endorsement, PP president, Cecile Richards, stated, “Everything Planned Parenthood has believed in and fought for over the past 100 years is on the ballot.” She has a point.

Most know if honest, no matter how small, all lives DO matter.

Don Bacon, the wailing and crying and gnashing of teeth about the phony war on women did not play well when first attempted years ago by actual women. You however make it sound fresh and intelligent.
Their heartless jokes as organs are cut out of babies with beating hearts would make Joseph Mengele proud" is incorrect as described here . . .The problem with demonizing Planned Parenthood, where abortion is only a small part of its activities, is that a lot of young women would be deprived of necessary assistance. Now if you hate young women, then go for it.
Thank you for writing and keeping this issue illuminated. My mother was a teen when I was born and she chose life/adoption. The fact that there could be any choice other than life astounds me and yet the statistics speak volumes on where our values are and are not. I am forever thankful as I have lived a life full of blessings.