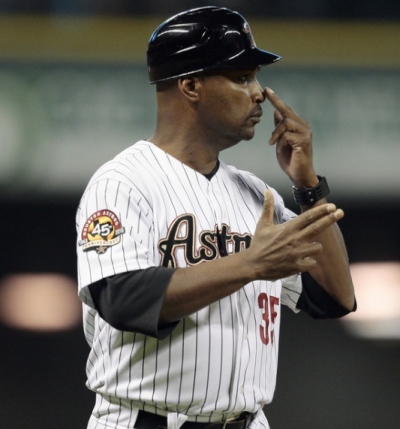 By Greg Dunne
February 16, 2020 (San Diego’s East County) -- Baseball made the front page of the Wall Street Journal this week with the Astros’ scandal about cameras in the outfield stealing signs from opponents, especially in their 2017 World Series vs. the Dodgers.
I’m pretty much standing alone on my views of this scandal. I’m sure even baseball historians will say my views on this matter are absurd. When did the time-honored tradition of stealing signs in baseball become a bad thing? I guess in 2020 when the entire Astros team had to apologize for stealing signs in the World Series of 2017.
I’ve been a baseball fan for a long time, dating back to the 1960s when I was a kid. I have followed baseball and its history ever since, which always made the game so great for me. The history of the game was always a big part of the game as a player and as a fan. So, now that technology is helping a team steal signs, stealing signs is not the “art form” that it used to be? And now you have to be politically correct and apologize for it?
Well, I say not. Baseball has always been a game played by the rules unless you can get away with something underhanded, or what many might call cheating! This was always an unspoken way that baseball lived. This is one of the reasons the umpire is on the field. Back before hidden cameras and cell phones, when signs were “picked up” or stolen from the other team, you understood right away and changed your signs right then. It has always been up to the opposing team to watch out for the other side taking an unfair advantage. This was one of the things you were always aware of and watching for in every game played in baseball. If not, you didn’t have your head in the game.
Just a few old-time clichés: “No crying in baseball.” “You have to hit the ball.” “You have to catch the ball.” “You have to throw the ball.” “Stay one step ahead of your opponent.” I think Mickey Mantle and Pete Rose would say you couldn’t hit Sandy Koufax even if you knew what was coming!
Technology has thrown me another curve in life. I must be getting old!? All I know is this: if you as an organization didn’t realize that technology was going to inspire and lead to teams trying to steal your signs by way of cameras and cell phones,  then you are a step behind! What a brilliant move it would have been to understand that if you were the Dodgers in 2017 in the World Series against the Astros. That would have got in their heads! It would make it real hard to hit that fastball if you were sure a change-up was coming.
Bugs Bunny would have figured it out and yelled at the top of his lungs “Hey, what’s that tiny camera doing out in center field?” The Who said it best: “We Won’t Get Fooled Again.”
The opinions on this editorial reflect the views of the author and do not necessarily reflect the views of East County Magazine. To submit an editorial for consideration, contact editor@eastcountymagazine.org