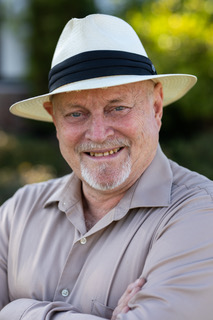 “Let’s first save the city, and then deal with the leadership and trust issues.” – Councilman Jerry Jones

October 4, 2019 (Lemon Grove) -- While I am supporting a city sales tax for Lemon Grove I did oppose the one proposed for last year for a number of reasons. I was very clear in my 11-page PowerPoint that the 1/2 cent was not enough and what I felt next steps should be. At no time did I advocate for disincorporation, though I did call for a discussion on what that would look like. For some people transparency is just a word, not me. I was very clear about the steps needed to address our problem with the end result being a 1 cent tax measure placed on the 2020 ballot. Yes, one cent is a heavy lift but by my calculations and forecast that is what it will take to make us sustainable. I am not a tax kind of guy in principle. For some the word tax is an immutable principle and to be avoided at all cost. The good people of Lemon Grove expect me to protect their asset, that is the city, not force my principles on them. If the facts support a tax that will sustain, benefit the community and improve my home then I will fight as hard as I can to make that happen under the right circumstances. The Citizens initiative, circulating a petition currently, is only 3/4 versus the one cent I proposed but my calculations say that it will work. It just leaves us less to invest than I would have wanted and will require a larger reserve.

For whatever reason the mayor chose to go around the council and asked George Gastil and 2 others to organize a citizen’s initiative rather than talk to me about getting my support. She has not directly denied involvement, avoiding the direct question. I asked George Gastil directly 1) who spoke to him about the leading the initiative and 2) who put the document he and the others have filed in his hand. Racquel Vasquez was the answer. All of this knowing that she had scheduled a Council discussion on the subject two weeks after they were to file. Was that schedule intentional? Only Vasquez can answer that. I am angry at the deception and have been quiet because our survival depends on this tax measure, but I cannot be a part of deceiving the public any longer.

This is where I am personally. This is my home. I want the best for Lemon Grove. I want the things that other cities have. Things are not getting better and based on what we have as a city and what I remember of the 2010 report to Council on disincorporation, I know in my heart things will not get better under the County. That’s not to say the County would ignore their new constituents but our problems are immediate and no one should expect that the County should or would put us at the front of the line when we we’re not willing to fix our own problems. I hear the community asking all the time why we can’t be more like La Mesa. Mostly because they invested and we didn’t.

A quote from Karen’s Tribune article really hit home with me. Aaron Lauer, senior analyst with the Institute of Politics at the University of Pittsburgh said “Lemon Grove if it disincorporated would likely have to grapple with its community identity but even more debilitating would be losing the form of government that is not just physically close by, but emotionally tied to its community.” Believe me I haven’t spent 23 years in public service for the School Board Salary of $225/month and Council salary of $600-$800/month for the money. I didn’t serve to check resume boxes for the next higher office. That’s not to say that my decisions are based on emotions, people know me better than that, but a love of my city and community is a driving factor.

How do I know that a city tax will work? The physical and visual evidence is right next door in La Mesa and in El Cajon. You only have to walk around in the three cities, and you can see and feel the difference. How did that work? Eleven years ago, La Mesa passed a ¾ cent tax and El Cajon passed a ½ cent tax. They invested money that we didn’t have in their cities and it shows. Today their city tax is 19 and 14 percent of their budget respectively. Santee avoided a city tax with a building boom in their commercial district and enjoys a 12% higher property tax than their sister cities in East County. That would be about the equivalent of a ½ cent city tax. The models are there for us to see. There is no re-inventing the wheel here.

So, what did Lemon Grove do wrong? Nothing. In 2010 our voters told us through a survey that they didn’t want to tax themselves and instructed the Council to make do. We made painful cuts and operated the city at base levels hoping a better economy would save us. I was on Council through those budget cuts and austere times. We eliminated our recreation department, contracted what we could and asked the remaining staff to do more than we had a right to and many of them are now working in our sister cities. Eventually public safety costs were pushed to 80% of our budget leaving an unsustainable 20% to run the city and pay for the rising pension costs that all cities are experiencing. We are not broke. We have around 45% reserves compared to La Mesa and El Cajon and 60% and 50% respectively and Santee at 20% but we are operating at a 2.3% deficit with nothing else to cut and a city showing the neglect that comes with a bare bones public works department and no money to invest. Remove the city tax of La Mesa and El Cajon and they would be in the exact same boat we are today.

So why doesn’t my city get the same chance that La Mesa and El Cajon got. It won’t be long and Santee will be asking the same question. I’ve poured over the budgets of our sister cities and I know what I’m talking about here. Why should we risk the continuation of the decline we’re seeing while our neighbors collect their city tax from our residents when they shop and eat there? I’ve heard neighboring leaders brag about new restaurants in their city while ours close. That happens when there is no even playing field. If you don’t live in Lemon Grove have a little respect and let us at least try to save our city with the same advantages our neighbors have.

Finally, in answer to the Tribune’s editorial. Responsible leadership is an issue. The numbers do add up and they are telling us that the models in our sister cities will show results. I support the same tax for Lemon Grove that sustains our sister cities. I’ve done the numbers and have the research and spreadsheets to show it. The Tribune editorial is right, this fiscal crisis and how it has been handled should be the issue in the 2020 election but first let’s save the city and then deal with the leadership and trust issues.