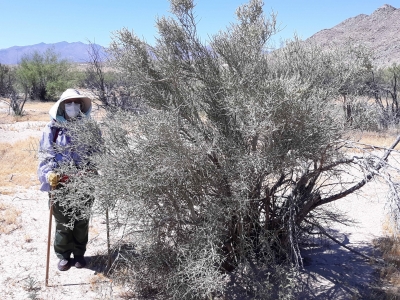 July 5, 2020 (Jacumba) - There have been a number of articles in large newspapers about the border wall and legal challenges. Most probably the story in California is only a detail in the big picture, although there might be several unique concerns here. One concern is that the Congressional designation of the Jacumba Wilderness in 1994 is very explicit and very restrictive in what is permitted within the boundaries.

More recently in 2019, the Department of Homeland Security waived seventeen federal environmental laws where border security was involved in Imperial County. These included the Wilderness Act of 1964, the National Environmental Protection Act, the Clean Waters Act, and the Antiquities Act of 1906. It is under this umbrella that the work proceeds. What is less clear, is whether it is possible to set aside state and county regulations that may otherwise apply.

The pipe shown in the photo runs five or six miles from several wells outside the Jacumba Wilderness Area to the construction area at the border. The pipe is 12 inches in diameter and is intended to provide water for concrete. [Aggregate for the concrete is visible in the second photo beside the equipment.] This water is drawn from a rather limited aquifer underlying several small communities in western Imperial County. 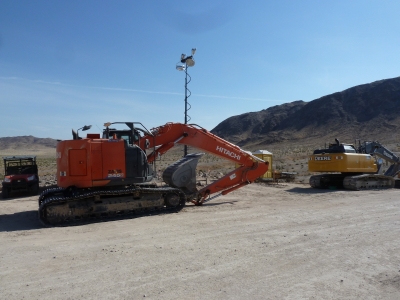 Because groundwater is a scarce resource, the County requires permits for every well that draws on the aquifer. No application for such a well has been filed by either Customs and Border Protection, by the Army Corp of Engineers (ACE), or by the company contracted to do the work. Beyond this, the AEC has not responded to requests made by the County for data on the operation of the wells.

The diameter of the pipe far exceeds the capacity used by the local communities, and so there is a concern that the wall may lower the water table sufficiently that local residents will be forced to relocate. A legal challenge to the use of this groundwater is currently being considered. Beyond this, it should be recognized that the aquifer extends underground into Mexico, and its use may have international consequences. Currently, there is no indication that this possibility has been recognized.

A second concern involves the actual design of the road being built along the border to support the construction. It is a large, heavily graded, gravel road. Hills have been cut down and small washes have been filled in. This means that in several places where washes run northward from Mexico into the wilderness area, the flow of water has been interrupted. 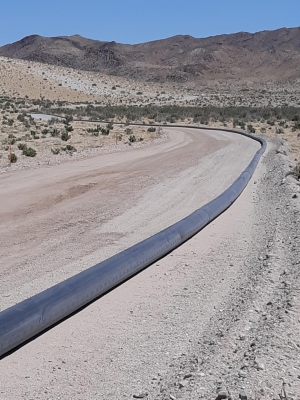 On the U.S. side, one of the washes drains into a sink which includes a large stand of Crucifixion Thorn, a California Endangered Species. Although rain is rare in this desert, the morphology of the thorn clearly indicates that, at least in part, it is dependent on surface water. It is unclear what the legal ramifications will be if water floods on the Mexican side and a state endangered species is lost on the American side.

The road from highway 98 into the Wilderness had been completed and surfaced by  May 7. Public comments to the Bureau of Land Management on the project were accepted until May 15. The photos documenting the damage to the (previously untouched) landscape were taken May 14 and 28.

The project appears to have been conceived in the spirit of Shoot First and Ask Questions Later. 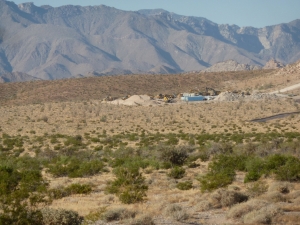 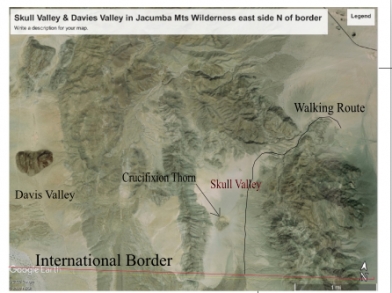 Has plenty of water. It seeps out of the ground. Jacumba has lot's of crime from illegals. Build the wall!