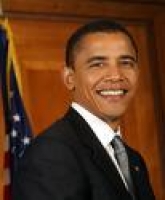 ovember 1, 2012 (San Diego)--This election is a battle between two very different philosophies of government, especially as it relates to domestic affairs. One that embraces “united we stand” and a role of federal government that is being played out at this moment in the Northeast in the aftermath of hurricane Sandy. The Governors of thirteen states are desperate for the coordination skills of the Federal Emergency Management Agency (FEMA) and the support of President Obama as they face this horrendous disaster.

This is the Democratic Party philosophy that government is necessary for the enforcement of laws, civil order and preserving equal access to basic human needs and civil rights.

The other philosophy is one found in the book that is required reading for all staffers in Vice Presidential candidate Paul Ryan’s Congressional office titled Atlas Shrugged by Any Rand, who called Christianity the “”the best kindergarten of communism possible.” Faith in Public Life, an organization that is a “strategy center for the faith community advancing faith in the public square as a powerful force for justice, compassion and the common good” wrote about Ryan and his fascination with Ayn Rand as it relates to his proposed federal budget in a piece last year:  “An avid atheist, she saw religions’ support for the common good as antithetical to her individualistic philosophy………As Paul Ryan leads the Republicans push towards immoral cuts to programs protectingfamilies and the poor while giving tax breaks to millionaires, we must remember his proposal is rooted in Ayn Rand’s twisted view of individualism, not the commitment to the common good that runs through all religions. “

This philosophy is the one expressed by Mitt Romney in Florida at the $50,000 a plate lunch fundraiser where he said, “There are 47 percent of the people who will vote for the president no matter what. All right, there are 47 percent who are with him, who are dependent upon government, who believe that they are victims, who believe the government has a responsibility to care for them, who believe that they areentitled to health care, to food, to housing, to you-name-it. That that's an entitlement. And the government should give it to them. And they will vote for this president no matter what…These are people who pay no income tax…[M]y job is is not to worry about those people. I'll never convince them they shouldtake personal responsibility and care for their lives.”

These philosophies are in conflict over “Obamacare,” which is modeled after “Romneycare” in Massachusetts. Romney says he will end it on day one. That would cause us to lose the many benefits already in place, like allowing children under 26 tostay on their parents’ policies; lower drug costs for people on Medicare who need large amounts of prescription drugs; free preventive care like immunizations, mammograms and contraceptives; a ban on lifetime caps on insurance payments and no more denying coverage to children with pre-existing conditions. Once fully in place, the new law will start to control health care costs. It worked well in Massachusetts and Romney would most likely do a flip on his “end it” declaration on day two.

Obama and the Democrats support Medicare as a fixed contract between seniors and their government. Romney supports the Ryan plan to makeMedicare a voucher program and let us seniors take our coupons into the free market and find an insurance company like the ones that fund political campaigns.

Obama put forth a jobs plan that included spending on school renovations, repair projects for roads and bridges, aid to states, and more. The  Republicans killed it.. Obama has helped small businesses by pushing through more tax write-offs for new equipment and temporary tax cuts for hiring the unemployed. In spite of the Republican wind in his face since day one, Obama’s labor statistics are in a slow, upward trend.

Obama was absolutely correct to chide the Supreme Court for their decision on Citizens United, which gave us “corporations are people” and the first multi-billion dollar campaign for the White House. Romney would nominate a justice or two who would make all abortions illegal and maybe even some forms of birth control.  Plus turn back the clock on advancements in gay rights. So much for “Modern Family.”

On the foreign relations front Obama is highly regarded abroad as an intelligent, cool-headed leader of the free world. He finished the job Bush dropped in his lap. He listened to Defense Secretary Robert  Gates  (appointed by Bush and stayed on with Obama) about the defense budget and understands the danger of what Eisenhower called the “Congressional, , military, industrial complex.” During his time as secretary, Gates lifted the ban on women serving on submarines, oversaw the surge of 30,000 troops in Afghanistan and pushed to trim the Pentagon's massive budget.

Obama will win this election with grace and style.  Good job, President Obama.