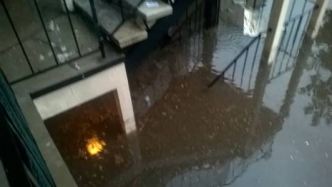 September 7, 2017 (San Diego’s East County) -- Unless Congress takes action, the government’s National Flood Insurance Program (NFIP) will expire on Sept. 30. While NFIP isn’t a household name, it’s often the only flood insurance available in a given market. That’s important, because if a property is in a 100-year floodplain, lenders will typically require flood insurance as part of the mortgage approval process.

This isn’t just an issue for waterfront homes or homes in the direct path of hurricanes. Many homeowners in San Diego County who live near large storm drains or drainage channels are required to have flood insurance.

More than 5 million homeowners in 22,000 communities nationwide rely on the NFIP to provide flood insurance. The 2,500 members of the Pacific Southwest Association of Realtors (NSDCAR), with an service center in El Cajon, encourage Congress to act now and approve H.R. 2874. The time for action is now and the time is running short to avoid a shutdown of the NFIP. If flood insurance isn’t available, then we will be the ones forced to inform our clients that their dream home is off the table until the NFIP is extended. And, consumers deserve better.