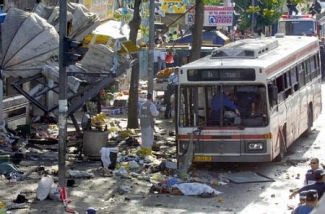 August 24, 2010 (San Diego’s East County) -- There is suffering among the people in Gaza. How that suffering compares to the misery of other groups around the world, who is causing this suffering, and what should be done to alleviate it are all subjects of much debate. However, it is the duty of caring and responsible people on all sides to address these issues.

If you believe that Jews have no right to sovereignty anywhere in the world and that Jews in the Middle East must live under Arab rule, then there is little point in reading further. To believe that the Jews “stole” Palestinian lands, however, is to deny 3,000 years of continuous Jewish presence in this area--and to believe that unlike the hundreds of millions of people from other ethnic and religious groups who have chosen to divide lands and shift populations, the Jews have no right to self-government anywhere in the world.

On the other hand, if you believe that the Jews have a right to self-determination and defensible borders in this small sliver of land (less than 1% of the Middle East) and the right to protection from attack, then the challenge is how to do so while being respectful of others.

In considering how to approach this problem, I suggest the following issues should be considered: 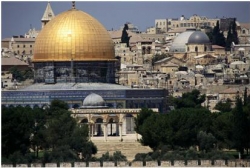 1. Jews and Arabs don't have to like each other, but they must live together with each other. Sure, Israelis are irritating, but that's the beauty of the Jewish state; that is, it proves that the Jews are like any other group of people. While there are a small number of Israelis who long for a "greater Israel" with larger borders, the vast majority realize that simple demographics make it impossible to have a majority-Jewish state much larger than the current footprint. Nor could the Israelis ever project militarily to control a large part of the region. All they can ever hope for are defensible boundaries and some demilitarized zone. In contrast, a significant portion of the Arab--and Persian--world still long for Israel to wiped off the face off the earth. Palestinian spokespeople, mapmakers and sloganeers routinely call for an Arab Palestine that stretches from the "Jordan to the Mediterranean"-- in other words, no Israel.

2. While life for Israeli Arabs is far from perfect, there has been no exodus of Arabs from Israel since 1948. The simple fact is that these Arabs have far more political freedom and economic success than their Palestinian brethren in Arab countries. Consider the status of Palestinians in Jordan, Lebanon, Egypt and other Arab countries where Palestinians are treated horribly; the only excuse is that they are being kept in camps or as second class residents "temporarily" until they can return to Israel. While the rest of the world has moved on, there are 60+ year-old Palestinians who have never set foot in Israel but whose life narrative is centered around their ancestral homes to which they plan to return. Pakistanis, Indians, and Jews from Arab countries have similar "claims", but all except the Palestinians have made a new life where fate took them or their parents.

3. The way we teach our children says a lot about how we view the world. Israelis have struggled over the decades, but have learned--and have taught their children-- that the Palestinian people have a cultural narrative as true for them as the Zionist narrative is for the Jews. Moreover, no one even remotely familiar with the Israeli press could doubt that all historical views--no matter how revisionist or extreme--get aired. Sadly, all over the Arab world children are still taught that Jews and other infidels are no better than pigs or monkeys and deserve neither respect nor pity. Until the Arab world starts teaching their children that Jews are people, it will be difficult for relations to improve.

4. The demonization, delegitimization, and double-standard applied to Israel (the definition of anti-Semitism, according to human rights activist Natan Sharansky) are hurtful and counterproductive. When the world sits idly by as missiles from Gaza rained on Israelis for years following Israel's withdrawal and then condemns Israel for defending its citizens, it cannot help but make Israel and her supporters cynical. When the world rushes to pronounce the Israeli response to the flotilla ambush on its sailors as a massacre of peace-loving innocents when the filmed evidence clearly showed otherwise, it cannot do other than confirm the Israelis' view of how the world sees them. When trade groups, Churches, and supposedly neutral NGOs ignore genocide, oppression and poverty around the world, yet calls for boycotts of Israel because it has the temerity to approve new buildings in areas previously agreed to be for Jewish housing, it is difficult to avoid the conclusion that such groups have a larger and more sinister purpose.

5. No one should have to live in constant fear of attack. So long as Hamas rules Gaza and insists on attacking Israel, Israel must protect its citizens by keeping weapons out of Gaza and taking all necessary actions--including force of arms--to stop the attacks. Having to do so is unfortunate, since it wastes the lives of soldiers and civilians on all sides. However, once attacked, a state has to use all the force it deems necessary, especially a state surrounded by adversaries who would afford her no quarter if her existence were threatened. Thus, Israel and her supporters reject the notion that she must only react "proportionally" to attacks, both as a practical matter and because 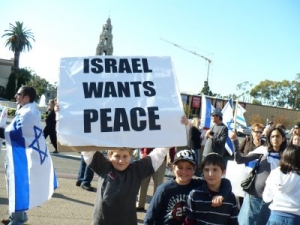 no country in the history of the world has been held to this standard.

Is there lots wrong with Israel, her policies, her practices, and her politicians? You bet! But whatever her flaws and mistakes, they are not the core of the current problem. Nor would resolution of the Arab-Israeli conflict suddenly make the world's other trouble spots disappear. (But that's a discussion for another day.) If the world has any doubts, then let Hamas and other Arab governments stretch out a hand in peace rather than hatred. If they did, peace would be at hand.

Mitchell Dubick is a San Diego Attorney and past chair of the Anti-Defamation League. The opinions expressed in this editorial reflect the views of its author and do not necessarily reflect the views of East County Magazine. If you wish to submit an editorial for consideration, contact editor@eastcountymagazine.org.