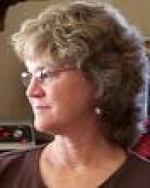 “In defense of rural residents and non-renewable resources, our non-profit group Backcountry Against Dumps is preparing to file suit challenging the County’s misguided and ethically challenged Soitec approvals.” – Donna Tisdale

February 12, 2015 (Boulevard)--When Dave Roberts was elected to replace retiring Supervisor Pam Slater-Price, I had hoped he would live up to his campaign claims of being community oriented and environmentally aware. Instead, Roberts has voted several times against Supervisor Dianne Jacob, over her well-reasoned objections to harmful projects in her District 2, and over well-documented community concerns, in order to support the financially biased and factually challenged claims made by vested interests and politically-pressured-County Staff, that these massive wind, solar, and transmission line projects are actually needed, are sustainable, and are compatible with rural community character and existing uses.

In fact, Soitec’s projects are not needed, as evidenced by their terminated Power Purchase Agreements with SDG&E. Nor are they economically or environmentally sustainable. The projects would convert 1,200 acres of Boulevard’s scenic, fire prone, and occupied rural neighborhoods, along with the Tule Creek floodplain, into dense and ugly industrial blight/energy sprawl, creating a high-risk firetrap in an area that already lacks adequate rural fire services.  And in the process, the projects would remove vast quantities of carbon-sequestering chaparral, induce erosion and dust storms, impair groundwater recharge and destroy habitat for a wide range of wildlife.

The Soitec projects are not even remotely compatible with rural communities and resources, the General Plan, or Boulevard’s Community Plan and policies as adopted in August of 2011 (before the Community Plan was gutted to allow the Boulevard area’s conversion to an industrial wasteland of electrical generation and transmission facilities despite the absence of any industrial or commercial zoning). Soitec’s monster CPV dual tracking units each stand 30 feet tall and 48 feet wide (1,200 sq ft). The projects’ total panel square footage of over 7 million square feet is equal to almost 50 Walmart Supercenters. Concluding that these monstrosities would be consistent with the current zoning of 1 home per 80 acres strips the county’s zoning and land use plans of their integrity and utility, and makes a mockery of the Planning and Zoning Law. The Boulevard area’s low-density, non-commercial, non-industrial zoning was adopted as a bulwark against overdrafting the area’s drought-stressed groundwater and igniting wildfires in the Cal Fire-designated Very High Fire Severity Zone that encompasses the area, where Santa Ana winds often approach gale force strength. The Soitec projects would do the opposite.

Contrary to Supervisor Roberts’ unsupported claims that no variances were needed, our Community Plan (approved by the Board of Supervisors in 2011 with the General Plan Update) had to be amended to dishonestly state that for purposes of the Boulevard Plan, these gargantuan projects are not considered industrial or regional facilities. How absurd! This amendment came at the same time that highly questionable regional and economic benefits of Soitec’s failed CPV factory were referenced to support the project. The 35’ height restrictions had to be waived for Soitec’s new high voltage lines that will stand over 120’ tall on highly visible and scenic Tecate Divide ridgelines within the 2,600 acre Shockey Fire footprint—where no lines currently exist. The 150’ setback from the US/Mexico border, and a requirement to underground new utility lines were also waived away as “not applicable.”  These are variances.

The County’s decision to change our backcountry landscape forever is particularly galling since there exists a vastly superior alternative that would protect the environment and our backcountry community, while still generating renewable energy to combat global warming: incentivize distributed generation (like rooftop solar). Supervisor Roberts claims that he too “would like to see solar panels on every rooftop,” but wrongly asserts that they “won’t move us toward meeting state mandates because the state’s renewable energy credit program does not recognize rooftop solar.” This claim is demonstrably false. As the California Energy Commission states on page 63 of its Renewables Portfolio Standard Eligibility Guidebook (7th Edition, April 2013), “the Energy Commission determined that all grid-connected renewable electric generation facilities in the WECC may be certified as RPS-eligible, including generation serving onsite load, if all eligibility requirements are met.”[1] The CEC further specifies that

The public deserves to know the truth about distributed generation.

The public also deserves to know – and Supervisor Roberts should have disclosed – that Soitec Solar’s failed Rancho Bernardo Concentrated Photovoltaic (CPV) manufacturing facility is located in his district, and that Soitec’s Board of Directors voted on January 16th to exit the solar energy business altogether. Instead, Supervisor Roberts claimed that County Staff said he could not mention Soitec’s current financial meltdown (loss of 75 million Euros in first half of 2014) and 100 layoffs at their local CPV factory. Apparently, in their collective and questionable opinions, financial stability and sustainability don’t matter for land use planning. This is ludicrous!

Even more distressing is the fact that Soitec’s lobbyist, Jim Whalen (J. Whalen & Associates), who testified on February 4th in support of Soitec’s Boulevard projects, is listed as a co-host for the February 12th fundraiser for Supervisor Roberts’ re-election campaign held at the home of Jim Waring, the politically connected co-founder and Chairman of CleanTECH, a vocal Soitec cheerleader. Mr. Waring, who also spoke at the hearing in support of Soitec and “regionally forward thinking leaders”, has his own intriguing and controversial history, going back to the 1980’s, as documented by numerous news articles[2],[3]. Allegations have been made that Mr. Waring is also a successor investor in Soitec which, if true, may help explain his aggressive support. Supervisor Roberts should have, at the very least, disclosed his apparent conflicts of interest.

In defense of rural residents and non-renewable resources, our non-profit group Backcountry Against Dumps is preparing to file suit challenging the County’s misguided and ethically challenged Soitec approvals. We have to raise our own hard-earned funds while the County allows Soitec to pay its expenses – and behind the scenes, dictate its planning policy – to the detriment of the public and the environment!

Donna Tisdale is a 38 year Boulevard resident and community advocate/activist who has repeatedly been elected by her community to serve as a volunteer land use advisory planner for the Boulevard Planning Group. Tisdale is also the co-founder and President of the public benefit non-profit group Backcountry Against Dumps, based in Boulevard. She can be reached at 619-766-4170 or tisdale.donna@gmail.com.

This Soitec Solar project is supposed to include 160 battery modules the size of a large cargo container located in an area that has a high risk for fire, this is so wrong and is a recipe for disaster. The only water source in Boulevard is the ground water and the applicant wants to use extremely large amounts of their water for this senseless project potentially damaging their water supply with no accountability. It makes me sick to see these bullies come into rural areas and destroy people’s lives and ruin everything the residents have worked so hard for. Don’t stop fighting Donna, Good people like yourself will always win in the end.
The disingenuousness of Tisdale's opponents would, I think, make her job virtually impossible. They will say ANYTHING to build this project For example, Dave Roberts will look you straight in the eye and tell you that the Soitec project, with its "7 million square feet...equal to almost 50 Walmart Supercenters" IS NOT an industrial use of the land, and that under the guidelines used by the supervisors in consideration of this project, he "couldn't make the finding" that it is. How is Tisdale supposed to even respond? With the exception of Jacob, our supervisors have, for the sake of the sleaziest political ends, calloused themselves to even the most irrefragable evidence and arguments. They are beneath contempt.
You make sense; the others don't. That's because they're deceivers and outright liars. Thank you for telling the public the TRUTH and the WHOLE picture. The others need to be held accountable for their corruption such as what is happening right now to Michael Peevy and has happened to David Bittner. But it needs to happen BEFORE the damage is done, unlike what happened in Ocotillo. Regarding the Rural Community designation - Let's get REAL! Citified: of, relating to, or characteristic of a sophisticated urban style of living Countrified: suited to the country instead of the city "Plowing" under native habitat and "planting" citified structures such as massive wind and solar "farms", transmission lines and substations in rural communities doesn't make those structures suddenly countrified any more than raising cows and chickens in downtown San Diego makes them suddenly citified. Besides, it's ILLEGAL. Do they take us for fools? They sure treat us that way! People like me go out to the country to get away from the city. Now where will we go? SDG&E showcases solar panels over its parking lot in Kearny Mesa, so it IS possible. Let's get REAL!