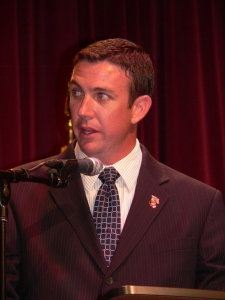 May 31, 2018 (San Diego’s East County) — I had one of those great moments as a parent watching my child earn a milestone achievement as he made Life rank in Boy Scouts the other night. I reflected on what I appreciate most about this fine organization.  While I’m sure the best parts for him are the hiking and camping trips, I value most the ethics and values he has learned through the years. Sadly, though, I feel like we live in such a dishonest time right now, and I feel like the adults really need to do something about it so our kids aren’t left thinking that honesty and doing the right thing when no one is looking doesn’t really matter. So as parents and role models to our youth, what can we do?

Of course, it starts at home and as individuals.  Whether you’re a parent, coach, babysitter, teacher, or have any influence on kids, it’s about being a good role model.  And, we all know that’s a work in progress for most of us.  But what about the bigger picture, especially for our teens?  Doesn’t honest political leadership matter just as much?  Is it too much to ask that we have politicians that we can trust and who take their jobs seriously? We have an election coming up and I think we can send a message that honesty matters.

I’ve never really been political before, but frankly, I just don’t like having a Congressman who has used campaign funds for personal use repeatedly, extensively, and over a long period of time.  Sorry, getting confused about which credit card is which doesn’t wash.  I’m not that naïve. Who doesn’t know when they’ve charged tens of thousands of dollars on an account? And, I don’t want a representative under investigation by the FBI.  Are my standards too high?

What is more troubling is that our Congressman doesn’t care about his constituents. A real leader who wins an election listens to and cares about everyone’s concerns.  Mr. Hunter has said repeatedly that he doesn’t really care about the concerns of those who didn’t vote for him.  Is that what we tell our kids when they earn leadership roles?

As a moderate, I want someone who I can trust be honest and who does the right thing when no one is looking.  I want elected officials that I can tell my son and daughter about with pride.  Who we have now is an embarrassment and I hope people will get out to vote for someone that can earn not only our respect but be a role model for our children as well.

Amazingly sad how this guy lived the “High Life” on the backs of Donors who believed in him! Taking for granted honesty and integrity not such a good idea. Or is that okay?

I completely agree with your sentiments and that is why I am voting for Ammar Campa-Najjar. We need people that have integrity and whose actions are motivated by the good and the will of the people. I refuse to be so jaded as to believe the whole society is reduced to this. We can and must do better. Carrie Danielson

Let's vote them out! June 5 primary!

...that people are so naive.

Unfortunately, it's the world we live in, and people are evolving constantly. Bullying, fighting, lying, cheating, drug addiction, aggressiveness, crazy drivers, rudeness, false threats to schools, shootings at schools, etc. - it appears to be the New Normal in our ever twisted society. Old values have been eroding over time, and this deterioration has been escalating at a rapid pace.