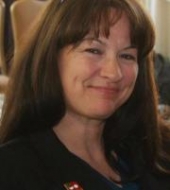 Approving a 90% sewer rate hike, killing a commission that helps the elderly, and pushing for broad powers under charter city status were just some of the controversial actions taken

November 9, 2011 (El Cajon)--It was fortuitous that I had the opportunity to attend the meeting of the El Cajon City Council last night. All I can say is, "Wow, what just happened?"

Besides the typical Councilman McClellan preaching from the dais, we got to witness true craziness at work.  Of course, most of the items were approved on Consent Agenda.

They didn't discuss the sale of the "extra" fire engine to the City of Lemon Grove. I would have been curious to know how extra it was.

They amended the agreement with the deceased Michael Black's company Video Technics Productions. You remember them ~ they made the Jesus movies that they ran on Public Television. They approved Leo Hamel coming into the City, after quite the heated debate about what they were going to do here.

They eliminated the Aging and Disabilities Commission for lack of interest.

They reappointed existing Commissioners without allowing anyone new to apply.

They approved a sewer rate increase that amounts to almost 90% over five years!

They patted themselves on the back for care-packages for overseas service members.

Now to why I write.

The El Cajon City Council and its staff are on the fast track to put a proposed charter before the voters on the June 5 ballot. Council members and Staff were practically giddy over the stipulation in the proposed charter that they don't have to require project labor agreements.

Although the Mayor said that he personally opposes the charter, the others went on and ON AND ON about how it will be great for the City and will save millions.

The San Diego County Building and Construction Trades Council is all over it. The representative stated that he saw that their proposed charter is the very same as the Oceanside charter that is so bad. He stated in Open Comment that he actually saw the document that had Oceanside crossed out and El Cajon written in!

We seriously need help out here! The Council is on a fast track and intends to hold its first public hearing on December 13. (Time is not yet set.) PLEASE SAVE THE DATE and please plan to be there. We need to pack the room.

With all this craziness, three of them are up for reelection in 2012. El Cajon residents deserve better representation than this. I hope some good people will come forward to challenge these officials, who are not representing the public’s interest.

In my experience, many city workers from a number of departments seem to have a less than stellar attitude towards 'citizens' who voice a concern (aka-complain) regarding matters that affect us. Maybe they have forgotten who pays for their inflated salaries and perks (via taxes). Then again, perhaps some of them simply do not care about the citizens of El Cajon. Not all of them live here either. The demographics of east county has changed significantly in recent years and it's people are financially hurting. Multi million dollar projects that could have waited (new waterscape at city hall, Prescott park re-do, etc.), serious lack of downtown parking, dirty unkempt streets - especially downtown curbs, lack of interesting things to do and places to visit, an anti-smoking law which is a joke (observe people who light up where they want and toss the butts), lack of affordable housing - particularly for seniors, pedestrian walk lights that are way too short, etc. My gripe list is long, and before I get negative responses; yes I have directed my 'concerns' to the appropriate departments and people. The atypical response is: "I'll look into it, or pass the message on to... then usually Nothing gets done about said 'concern'. Although I must admit that I have had positive results with a few city employees and am quick to give the appropriate 'kudos' - some Police officers, firefighters/paramedics, Mark Lewis - our mayor, and some others. The point I'm trying to make? We are the people and those who run/control/work for the city, must listen to the citizens. After all, every town in the United States belongs to the people. Our taxes pay for most everything and we should have a Strong voice in decision making which can affect everyone.