“Most alarming is the ECPD patrol staffing levels. At times, there may only be four police officers working the street…The El Cajon Council wants more power, yet they choose to handcuff the police chief...The ECPOA fears that this will continue, especially if the current city council is allowed to have the additional power that they crave.”—Bryan Zmijewski

The people behind Pr 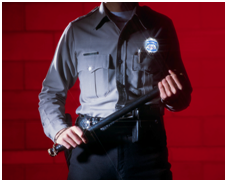 oposition D say changing El Cajon from a general law city to a charter city will save tax payer money by giving more control over decision making to the city council. Charter city status may be appropriate for other municipalities. We don't believe it would be appropriate in El Cajon at this time with our current city council in power.

We don't believe the city council, in its current form, has the experience, insight or forward thinking ability to handle any more power than it already has. More power for this city council? One council member just resigned as a result of a pending FBI investigation, reminding us about what happened not too long ago in the City of Bell.

We do not believe this city council can do anything but sit on its hands while letting progress slip past us to the north to Santee, which has become the jewel of East County, attracting large businesses, viable residential projects and added jobs for local residents.

The people behind Proposition D like to say it will create "fair" competition for jobs. What it will do in our city under the current leadership is allow for companies to bid lower for jobs by only employing part time workers without health care benefits, further eroding what is left of our middle class.

A company who hires full time employees and provides health coverage benefits will never be able to compete with the alternative desired by the city council. The desire of this city council to cut costs to mask their inability to create jobs, increase business traffic and to make sound judgments will definitely cut the quality of service our citizens deserve.

This lowest bidder mentality will undoubtedly take away even more positions from an already under staffed police department. Six years ago, the El Cajon Police Department had over 140 police officers. Currently, we have 113. Many of those positions have been cut completely and others have been reclassified in favor of having civilian employees handling serious criminal investigations instead of trained and experienced cops.

Most alarming is the ECPD patrol staffing levels. At times, there may only be four police officers working the street. Police officers are having to work one and two additional 12.5 hour shifts on top of their regular 12.5 hour shifts just to keep the streets staffed at a bare bones level. Constant overtime, each and every week, wears down our cops, creating an unsafe working environment and takes them away from their families, which creates even more stress.

The city council wants more power yet they choose to handcuff the police chief by refusing to allow him to hire more cops even though there are multiple retirements pending or vacancies in the already limited staffing levels. The ECPOA fears that this will continue, especially if the current city council is allowed to have the additional power that they crave.

Unless there is a change to this city council, a fresh voice, a progressive perspective, a willingness to work with ALL members of our community, expect nothing less at every city council meeting than a five to nothing vote in favor of mediocrity. The city deserves better. This council dosen't need more power.

Charter cities have the power to tax and have broader assessment powers than a general law city, as well as taxation power as determined on a case by case basis. Charters make it easier for Councils to vote in new fees assessments.

Despite his promise of "no new taxes" in El Cajon, taxes have increased dramatically under the failed 'leadership' of mayor mark lewis. That failed leadership has cost taxpayers untold amounts. How much more will we pay if this passes?

lewis is a failure. From his $45,000 annual giveaway to his fellow municipal employee union members (a sham he called "Caesar Chavez Day) to his failed attempt to pocket taxpayer dollars under the guise of "full time mayor, lewis has had his own self-interest in mind. The powers of a man like this need to be curbed, not broadened.

VOTE NO on Proposition D.

All registered voters in El Cajon must get out to vote on Tuesday, June 5, or take their mail ballots to their polling place on June 5, if they haven't yet mailed in their ballots. Proposition D would be a DISASTER for El Cajon. It would allow the city council the right to develop their own rules, especially regarding city finances. The council would eliminate competitive bidding on city contracts for any that are $50,000 or less; the council could write special rules for anything over that amount, including eliminating competitive bidding entirely. The council wants all city contractors to be free to pay their workers substandard wages, but the council says nothing at all about CEO pay or profits from deals made with the city. Under current law, the city gets subsidy from the state; but these funds would be lost if Proposition D passes. How would the city make up the difference? They might cut cops or other city workers, or even raise the sales tax, which is already the highest in the county. In a city that is the poorest in the county, with 30% of the people living at or below the poverty line, Proposition D would further impoverish the community. VOTE NO ON D!