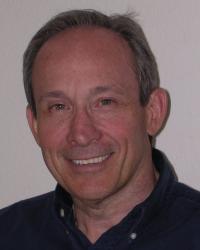 May  24, 2013 (Alpine--originally written May 14, 2013) -- I am disappointed to report that new information has recently surfaced that indicates that Propositions H and U Bond funds have been grossly misused by the GUHSD, and that this misuse has been the subject of a cover-up by the GUHSD Trustees and Administrative staff.  A "smoking gun" has been discovered that points toward unethical and non-transparent behavior by District staff, presumably under the direction of the Trustees.

You will see from the content in the attachment that District bond construction funds have been mismanaged at best, and GUHSD fiscal policies and decision-making are a train wreck. The attachment shows that the District's ongoing bond management practices and accounting procedures have cheated taxpayers and burdened the district with unsustainable district "OPEX" Operating Expenses.

Simply put, the District has built structures that it cannot maintain because of insufficient income streams, it has built structures and made improvements which were never contemplated under any of the public bonds, it has refused to build structures that were specified by those bonds, it has badly mismanaged its construction projects, and it has attempted to hide all these facts by misrepresenting information on bond-related financial reports.

You will find all the supporting details in the attached editorial piece and they can be confirmed by looking at the many available GUHSD data documents, including e-mails, and reports made by the Citizens Bond Oversight Committee (CBOC), the GUHSD Boundary Study Committee, the 2007 GUHSD Bond advisory Commission Report (BAC), and numerous other documents.

I submit this information for public scrutiny and will be happy to provide an interview, and any requested follow-up details.  The current situation is deplorable, and should be looked at in depth by those in charge of enforcing the Prop 39 enabling legislation under which these two bonds (H and U) were approved by the East County taxpayers.

For additional information go to these websites:

Bill Weaver is an East San Diego County Education and Civic Advocate, Former Co-Chair of San Diego East County Chamber of Commerce Business & Education Committee, Former Chair of the Alpine and Mtn. Empire Chamber of Commerce Business and Education Committee & Chamber Ed. Foundation Board Member, Current Alpine Education Foundation (www.AEF4kids.org) Director Alpine Leadership and Public Service Citizen of the Year – 2009. He can be reached at  bill.weaver@usa.net  The opinions in this editorial reflect the views of the author and do not necessarily reflect the views of East County Magazine. To submit an editorial for consideration, contact editor@eastcountymagazine.org,