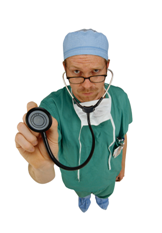 Editor's note: A local clinic has disputed portions of this editorial .  For details, click here.

January 24, 2014 (San Diego)--Since the January 22, 1973 Roe v. Wade Supreme Court Decision striking down all state laws prohibiting doctors from performing abortions, the anti-abortion forces have done everything in their power to make abortion as difficult to obtain as possible. Hundreds of state laws have been passed and then struck down by the courts because they placed an undue burden on women or were simply medically unsound.  So the crusaders resort to trickery and bearing false witness.

“Crisis Pregnancy Centers” have been around since the early 1980’s and are now very slick in their operations. They are funded and run by anti-abortion organizations.   They attract pregnant women and girls who are considering abortion by offering free pregnancy tests and ‘information.” Some are not licensed health centers.Their  goal is to prevent abortions.  So they mislead women to believe abortion is riskier than childbirth. There are about 16 such centers in San Diego County, according to The Progressive Law Group. The centers are careful to use language to stay within the law but still mislead.

When you GOOGLE “abortion” one of the first sites to pop up will be one of these fake clinics with a picture that looks like a doctor or nurse. But once the woman enters the center she is given subtle anti-abortion messages to convince her it is physically and emotionally damaging to have an abortion. The conversation is designed to get her to become emotionally attached to the pregnancy regardless of her situation. They lie to her about the physical and emotional risks.

“The best scientific evidence published indicates that among adult women who have an unplanned pregnancy the relative risk of mental health problems is no greater if they have a single elective first-trimester abortion than if they deliver that pregnancy.……….”

If the woman is informed and supported in whatever decision she makes, she will do better than if she is made to feel fear and guilt.

Fake clinics claim success in leading women and girls to carry to term about 15 to 20% of cases. Once the woman gives birth the center works to keep her on the anti-abortion roles and make her an anti-abortion voter and/or activist. Guilt and ignorance of the facts are their most powerful tools.

According to the Columbia University School of Public Health report “Overview of Abortion in the United States” developed by Physicians for Reproductive Choice and Health (PRCH) and the Alan Guttmacher Institute (AGI) in January 2003 the facts about abortion are:

The American Congress of Obstetricians and Gynecologists latest statement on abortion can be found here:

For further information and the latest statistics about this health issue check the Centers for Disease Control:  CDC’s Abortion Surveillance System FAQs.

Medical practitioners deal in facts, not guilt, trickery and ignorance. We must trust women to make their own reproductive health choices in light of information and consultation with their doctors and loved ones. There needs to be a strong effort to educate women about the risks of fake clinics in San Diego County.

For those who may have only seen one side or the other, we ran two editorials on the anniversary of Roe v. Wade, one on each side of the debate, in the interest of bringing our readers a variety of viewpoints on this important issue.

I am responding to Sylvia Hampton's rant. This is so full of distortions. Back in the '60s, young radicals used to speak peace and love while railing on "the Establishment." Well, those hippies grew old and today ARE the Establishment. Their old peace and love mantras have been replaced with chants of tolerance and choice. But their hypocrisy is glaring. It seems to me that they are the ones who exhibit intolerance, lack of free choice, ignorance, hatefulness, and bullying tactics. Just read the tone of the article! In any case, Crisis Pregnancy Centers are up front about who they are and what they do. Their goal is to save the lives of unborn children. Planned Parenthood, on the other hand, from its inception, gained ground through deception. Margaret Sanger (the founder) wanted to wipe out inferior human stock not unlike the Nazis. Her eugenics philosophy allowed her to justify using birth control to the end of wiping out all inferior human stock in order to build a super race.  You can do a search easily enough: "Margaret Sanger black preachers" and read about how Planned Parenthood's intent was to recruit black preachers to unwittingly promote their race's extermination. And Ms. Hampton talks about deception and bearing false witness? About dealing in "facts, not guilt, trickery and ignorance"? Nothing has changed with Planned Parenthood. Abortion is big business, and they love abortion. So, Ms. Hampton, does infanticide enrage you? It should. So, where do you draw the line on killing innocent human life? Just keep ranting at those who try to keep their finger in the dike a while longer, as if they are the wicked ones for trying to save unique living beings -- with their own heart beats, DNA, and blood types -- from the butcher's knife. Well, you are not God, even though you might think so. One day you will meet your Maker, and it won't be a pretty sight. You just might appear before God's court and meet a jury comprised of the souls of 56 million aborted babies (from America alone thus far!) pointing their fingers in your face, declaring, "Guilty!" I advise you to change your ways, Madam. God still owns the rules of what is right and wrong, and you, along with the entire abortionist community, have got it all wrong.