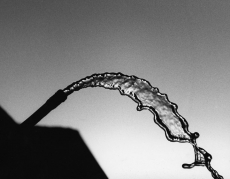 January 1, 2010 (San Diego) --The problem with water fluoridation is that it negatively affects those we try to protect. The American Dental Association advises no fluoride for children under 6 months and then very little to one year of age-- less than that with is supplied in fluoridated water.

We know that fluoride crosses the blood brain barrier and that one in six children have a learning disability. Studies have shown that children in high fluoride areas have lower intelligence. (See a Chinese study linking mental retardation and low IQs to fluoride in water.)

Put together other known negative effects and we come up with a cocktail that should surely not be given to those we love and protect.

The largest study ever conducted was by Brunelle and Carlos of 37,000 children and it showed that less than one sixth of one tooth was the difference between those with and those without fluoridated water.