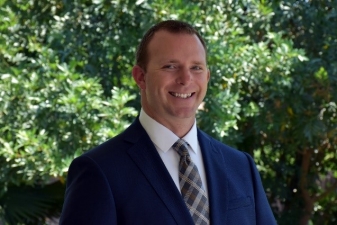 December 15, 2017 (San Diego’s East County) -- To the GOP:  after this week's stunning defeat of Roy Moore in Alabama, the Republican Party of San Diego must take a closer look at itself.  It must remind itself what it's true principles are and what it is fighting for.  It cannot become so wrapped up with an unwavering support of a candidate that no matter what that candidate might do wrong, they are still willing to support them.  A politician is accountable to the people.  It's time the Republican Party of San Diego follows the people's lead and holds a candidate responsible for their actions.  In Alabama, the GOP had a weak candidate embroiled in controversy and lost a seat that couldn't have been safer for a Republican candidate.  Sound familiar?

Right here in District 50, we have our own controversial Republican candidate that is being targeted by the Democrats, Duncan Hunter.  A Congressional seat that seemed unattainable for a Democrat, now seems within reach.  Is the Republican Party of San Diego scared?  It doesn't appear that way.  They say they back Mr. Hunter 110%.  I can't help but wonder if that extra 10% was paid for by Duncan Hunter's campaign funds.

As you read this, you may think I'm a left leaning anti-Republican.  That couldn't be further from the truth.  I'm a strong conservative Republican.  The difference is, I'm not an insider that has my next special political position to think about.  I can speak my mind and say what the others are quietly thinking to themselves.  The Republican Party of San Diego has some amazingly talented and bright people within its ranks.  It also, unfortunately, has those that are nothing more than political groupies who want to be seen with and take pictures with important people.  They forget it is not about supporting the man or woman who is willing to take pictures with you, but is about supporting the man or woman who is best for the job and will do the best job for the people they look to represent.

The danger with the groupies within the Party is clear.  They are blinded by their own propaganda that District 50 can never go to a Democrat.  Just as the Hillary Clinton supporters were blinded by their own propaganda and polls believing most everyone in the country believed as they believed.  When that reality crashed down on them they were in shock. I'd much prefer to avoid that kind of shock here in our own backyard.

We cannot allow ourselves to have the wool pulled over our eyes in District 50.  Congressman Hunter has done a good job of ignoring the controversy while telling his constituents the issue of him using campaign funds for personal use is settled.  He fails to mention he is continuing to spend hundreds of thousands of dollars on a legal defense and the DOJ investigation is still ongoing.  Strange for an issue that has been settled, don't you think?

The Republican Party of San Diego still has hope.  I believe if they go back to their roots and their deep-seated beliefs in doing what is right for the people and not what is right for themselves and their friends, then we can really start to move forward.  We can build a stronger and better tomorrow if we stop trying to play political games and start trying to work on the true issues that plague our nation.  It takes more work to get out of work than it does to actually perform the work.  This is amazingly what our politicians seem to be doing all the time.  They are working so hard at political maneuvering they forget to just do the job and work for the best interest of the people.  No special maneuvering required.  They will have gained the people's support by their actions.  Actions, not words, are what we need from our leaders.  We need leaders of action and integrity.