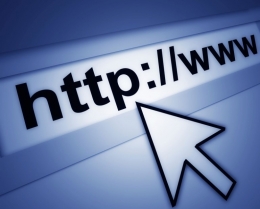 Government, not a corporate cartel, should control the Internet

An analogy can be drawn between the Internet, our online superhighway, and our highway system.

We built the intercontinental highway system through our taxes. This is often considered the last part of the New Deal, though done under a Republican administration. The result was a major boon to our economy. Imagine, instead, if we had allowed private companies to build our highways and freeways, subsidized by our taxes. They would have charged various fees and might have favored some over others in choosing where to build highways, affecting the price of goods and services. Private corporations, subsidized by us, would now control the lifeline of our economy.

The Internet was also developed by our government, through the Defense Advanced Research Projects Agency (DARPA) at the cost of billions of taxpayer dollars. A few universities were allowed to attach to it, then eventually it was turned over to the public. No private entrepreneurs even imagined its potential nor invested in developing it. Starting with Al Gore, among other things, the phone and cable companies were given huge tax write-offs and other subsidies to build a fiber optic superhighway, altogether subsidized by taxpayers to a tune of around $400 billion. (See Bruce Kushnick’s The Book of Broken Promises: $400 Billion Broadband Scandal and Free the Net)

We, the taxpayers, paid to both develop and build much of the Internet. But in some cases, where companies found it not profitable to supply fiber optic cables and small cities decided to build their own, the companies sued to stop them—and lost. However, monies spent in defense by the cities meant they had nothing left over to build a fiber optic network, so the for-profit companies, not willing to do it themselves, still won.  (See Moyers on America, “The Net @ Risk: Community Connections”)

Net profits of the Internet have been as high as 97 percent, once built, even with maintenance costs -- far in excess of any profit rate that classical competitive market economics would allow (e.g. Bruce Kushnick, “Time Warner Cable’s 97 Percent Profit Margin on High-Speed Internet Service Exposed”).

Why? Simple. It’s a monopoly. As Van Grove’s article in the San Diego Union-Tribune  clearly stated, there is little choice. In fact, until a few years ago, one part of San Diego had no choices—only Time Warner in some parts of the County and only Cox Cable in other areas. Now there are a few options, but Economics 101 makes it quite clear that when there exist only a few large companies with major investments, they dare not go into a major price war, not willing to risk losing all, so a gentleman’s agreement exists to not really compete: in other words, these Internet providers are acting like a cartel, albeit without formal agreements.

Several other nations offer high-speed internet, often faster than what is offered here, at substantially lower prices (see Hannah Yi, “This is how Internet speed and price in the U.S. compares to the rest of the world,” PBS NewsHour; Numbeo, “Price Rankings by Country of Internet (60 Mbps or More, Unlimited Data, Cable/ADSL) (Utilities (Monthly))”

The Internet, our Information Superhighway, is as essential to our nation as our Interstate Highway System, yet it is controlled by private corporations. Now those corporations are fighting against net neutrality.  Net neutrality assures that everyone has equal access on the Internet and speeds won’t be faster for those willing to pay more.  The companies claim that legislation to protect Internet consumers is unnecessary, insisting that we can trust the corporations.  Is there anyone naive enough to believe them?

I suggest that if we want true market competition and an information superhighway that benefits the American people, not a few powerful corporations, that the government should take over the actual Internet as a self-standing entity like our Postal Service (see below), allowing it to be paid for by taxes, just as we do with our roads and highways. Outsourcing of maintenance could be considered.

If our government controlled the Internet, then every household, home and apartment, and business could choose between phone companies, TV cable companies, and other market services. We would have true market competition. One would simply contract for a year with a particular company for their services and, just as I have with Netflix, one would pay a monthly fee. If desired, the government-run Internet could also charge a modest fee and, for simplicity, provide one high speed to everyone. In addition, as with basic phone service to those with limited means, if a monthly fee is charged, it could be waived or a sliding scale developed.

But what about the investments made by the current corporations? The tax write-offs and subsidies they received should be calculated to today’s inflation-adjusted dollars. Though even a 10% net profit exceeds any real competitive market, an investigation into their excessive profits should be carried out, and anything over 10% should be calculated to today’s inflation adjusted dollars. Then the government should, using the same approach as eminent domain for land, subtract the above and purchase the Internet from them.

The Internet, the Information Superhighway, is far too important to be controlled by private corporations. It has become an essential part of the lifeblood of our nation. The grossly excessive profits clearly demonstrate that market competition has not and cannot work when it would be absurd to expect multiple companies to build competitive multiple fiber optic cable networks. But, a government run and controlled Internet would allow and encourage “true” competition for cable TV, telephone, and other services.

One caveat, the self-standing Public Internet would have to have some sort of firewall between it and both the executive and legislative branches of government to ensure it remains independent without any political interference, i.e. censorship and/or favoritism. The law creating a Public Internet should include a strong requirement for independent oversight with severe penalties for any transgressions.

Currently, e-mail is often free, but controlled by private corporations. Our most intimate secrets, with little attempt at government controls, are available to private eyes and, at any time, these companies could simply discontinue service or decide to charge fees. With the US Post Office, our mail is safe. Stringently enforced laws contain severe penalties for anyone opening our mail.

Despite the absurd claims of the inefficiency of our Postal Service, it has a proud, over 200 year, history of delivering the mail. In fact, until Congress passed legislation in 2006 compelling the Postal Service to pre-fund 75 years of future retiree healthcare benefits, The Postal Service, as an independent government entity, had, at worst, a few years of small losses and managed in other years to make small profits over the past decade when not counting the costs of the pre-funding (See. Save the Post Office, “How pre-funding retiree health benefits impacts the Postal Service’s bottom line — and how Brookings got it wrong”; United States Postal Service Office of Inspector General, “Be Careful What You Assume”). Note that this pre-funding is an obligation imposed on no other business or government agency. Its main purpose is, undoubtedly, to undermine our Postal Service in order to further the interests of private corporations such as UPS and Fed-Ex.

I suggest the Postal Service develop its own e-mail with the latest technology and protections, including Spam protection. If someone is worried the government will access our e-mail, they already do; but, at least, private eyes wouldn’t. The Postal Service could charge a modest fee as some private companies also charge fees, e.g., $5 per month, of course, waiving the fee for low income households. The Postal Service could also develop a service similar to Certified and Registered Mail that, for a modest fee, would give a receipt that important e-mails were delivered. The current private e-mails would remain, just as one currently can often choose companies such as UPS and Fed-Ex. Keep in mind that these companies don’t deliver to rural locations, so, even if one uses them, often our taxes still, to some extent, subsidize them as well. This, of course, is a key problem besides excess profits and private access: private corporations are in business to make money and providing fiber optic cable to low density areas and delivery of mail and packets just isn’t cost-effective. Since these services are essential, we, the taxpayers, end up footing the bill, in essence, indirectly subsidizing for-profit corporations.

The Internet, today’s Information Superhighway, and e-mail, today’s electronic mail, should NOT be controlled nor operated by private for-profit companies. Both are just too essential to both our economy and us, as individuals. The government should take over the Internet, ensuring fiber optic high-speed access with the latest technological protections to all Americans, including rural areas. In addition, the US Postal Service should develop, based on the latest technology, a state-of-the-art e-mail, complete with the latest protections. Both should be funded mainly by taxes; but modest fees could be acceptable.

And, one last point, for those who ask over and over again what our government does for us, especially on a myriad of Internet websites, someone should remind them that the Internet they are asking the question on was created by our government which, in turn, has spurred massive economic benefits to all of us.

Joel A. Harrison, PhD, MPH, a native San Diegan, is a retired epidemiologist. Dr. Harrison has lived and studied in both Canada and Sweden. Dr. Harrison has been a long-time supporter of a non-profit single-payer health care system/Medicare for All (check out Physicians for a National Health Program’s website at http://www.pnhp.org and a strong supporter of vaccinations wherein, he has, as a volunteer, been writing articles for Every Child by Two, a non-profit founded in 1991 to promote vaccinations, especially in children. You can find his articles at: http://www.ecbt.org/index.php/facts_and_issues/article/expert_commentary