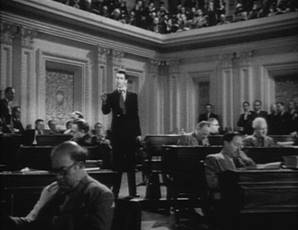 Senate filibusters have been part of the U.S. Senate rules since 1806, used as a procedure for a minority party to block legislation

June 3, 2021 (San Diego) -- There’s so much being written about the filibuster these days, but in all the articles I read I feel like this important point gets lost: The filibuster isn’t mentioned in our Constitution. Not even one time.

Despite what some in the Senate might imply, the filibuster is just a procedural measure that can be changed at any point, like when Mitch McConnell and Donald Trump put Amy Coney Barrett and Brett Kavanaugh on the Supreme Court.

That’s why it’s so ridiculous that the filibuster still stands in the way of almost every single progressive priority on Democrats’ docket. The Biden-Harris administration clearly has their eye on passing necessary reforms, like comprehensive climate legislation and raising the minimum wage, but the threat of the filibuster continues to throw the future of their legislative agenda into question.

Luckily it doesn’t have to be this way. I’m putting my faith in the Senate to get rid of the filibuster as soon as possible. We can’t let a minority of senators continue to block the progress a majority of Americans voted for.

This is why the retrumplicans will take over both houses in 2022....and the country will be more racist.
Don't miss my point here, the Republican party is a party of violent grievance, whose only real policy after decades of being tragically wrong about almost everything is retribution and punishment of their enemies so that they can keep up the make believe that they can manage reality. They are a threat to civil society, either via active measures (see January 6th) or the silence of their members that reminds one, just for example, of the silence of bakers and watch repairmen who lived outside of Buchenwald in 1943. But one thing you have to give them credit for is that after generations of being ridden around like little ponies by the Republican elite like the Rockefeller's and the Bushes, the base got angry and cast off their oligarchs in frustrated pith over things like no longer being able to kill black and brown people with relative impunity. (See Tulsa, but also Derek Chauvin.) The problem with Democrats is that they still love their oligarchs, continuing to make very reasonable and polite demands that that the party act in the interest of Democracy, as if asking nicely is somehow courageous. I totally condemn this editorial as just more inadequate theater. When you have to make obvious arguments out loud, you are losing. The Democratic base does not realize this yet, in large part because Democrats still want people to like them far more than they care about saving our Democracy. It is time for some honest talk Democrats, if you are not working toward primarying your squishes like Joe Manchin, really *threatening* them with electoral chin music, then you are part of the problem. You are not really worthy of a democracy if pale platitudes, dithering, and being mere "warriors for the obvious" is all you have to bring. Brett Stalbaum Shelter Valley