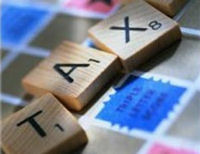 By Pat Zaharopoulos, President of the Middle-Class Tax Payers Association
May 24, 2012 (San Diego) -- Not long ago the public praised San Diego firefighters and other first-responders for protecting our lives and property from the wildfires that raged across our county. Today the taxpaying public stands to lose as all of our city employees are being pushed aside by politicians attempting to further their own ambitions with ballot Proposition B.
Proposition B is political posturing that will damage our city’s brand and cost taxpayers millions of dollars to implement by creating new unfunded mandates. If passed, it will cost at least $56 million over the next few years to convert the retirement plans of city workers—who do not receive Social Security—into risky, 401ks whose value we have seen cut in half in the economic downturn. This is money that would be better spent on improving San Diego’s emergency response capabilities or funding small business initiatives to create new jobs.
Proposition B is a campaign gimmick authored by mayoral hopeful Carl DeMaio that attacks hardworking, middle-class city employees including public safety personnel; but does not stop his city manager friends at City Hall from receiving their $100,000 pensions. San Diegans know better than to fall for these political tricks.
If the problem is that a few city employees get unreasonable pensions, let’s attack it head on rather than changing the whole system at needless expense.  We want a mayor who will bring people together to find real solutions, rather than one who will point fingers and pass the buck. That is why on June 5th we, as residents of this vibrant city whose credit rating has already improved, should reject divisive political rhetoric and unnecessary conversions by voting ‘no’ on Proposition B.  Both the taxpayers and city employees are better off with the present system.