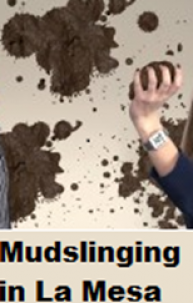 November 4, 2016 (La Mesa) -- Earlier this week, many La Mesa residents found a rude surprise in their mailboxes. It was a particularly vile attack mailer targeting La Mesa Council candidate Colin Parent.  The piece is slick, but  intellectually dishonest and shabbily written.  After three polite debates in city venues, who would use the post for such a vulgar purpose?


The source turns out to be a shadowy political hit operation, hidden behind the Orwellian name “Voters for Progress and Reform,” and based outside our city. According to San Diego Citybeat, the group has previously sent false mailers in other races and has ties to the Lincoln Club. Lincoln Club’s current president told East County Magazine he is “completely unaware of this group, ECM reported.  That’s hard to believe, since Lincoln Club shares an address—in the same suite-- with Voters for Progress and Reform (7195 Navajo Rd.,  Suite P).

It was immediately clear that La Mesa residents were not amused. 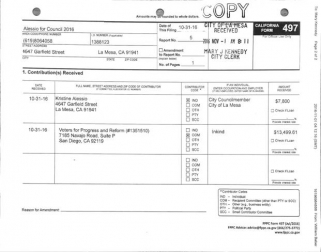 Amid growing speculation as to the origin (and the funding) of the mailer, Mr. Parent’s opponent, Kristine Alessio, took to the social media site, Next Door, to say “For the record.  I never contributed to any attack pieces nor have I accepted or been offered any contributions from the Lincoln Club.  If you pull my campaign reports you can see my donors are fellow La Mesans and me!”

But Alessio’s own legally-required campaign report, Form 497, contradicts that statement, indicating that her campaign recently received $13,499 in an “in-kind” contribution from the Voters for Progress and Reform political hit operation.

Readers can draw their own conclusions. We’ve seen this before, just two years ago. Same people, same ugly smears, same outside dollars. The candidates don’t pay for the hit; someone else buys it for them. All neat and deniable. Except when the paper trail offers a different story.

This is not just “hardball” politics. Conning voters is disgusting and reckless behavior that diminishes our discourse and diminishes us.  Still worse, it hurts the local community.  Is this how the Alessio campaign expects younger generations of La Mesans, those with fresh new ideas, will want to engage in civic life?  With lies, rumors and rank hypocrisy?

We don’t think so. 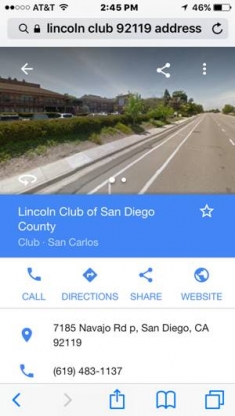 Such attacks are an expression of contempt for the entire voting public. That’s a hit on all of us. Negative mailers drive out honest discussion of issues and ideas. They should find no place in healthy local politics.

Next week La Mesa has an opportunity to tell Ms Alessio, her surrogates and her masked pals in the hit mail group that this is not the way to further her political career.  It’s time for a timeout.

Will voters repudiate the authors of this noxious activity on Tuesday? Let’s hope so, La Mesa deserves better.