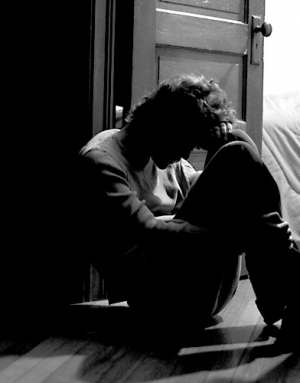 By Bettie Wells
Photo: Creative Commons by S.A. via Bing
May 10, 2020 (El Cajon) -- I am a mental health care professional. I have worked in the field in many arenas for 25 years. I have worked mainly in trauma-not something I picked for myself, it just worked out that way. I thought I had seen it all in my career until about three weeks ago...Suicide.
As a therapist, I hear about suicide fairly often. It's an important question in a psycho-social interview. I have helped countless people work through their suicidal ideation. It's safe to say that I am not flustered by my clients needing to work though such a dark time in their lives. This last three weeks though, I have been hearing about someone suiciding on average about three times a day now.
Think about that--on average three times a day, I hear about someone killing themselves. In my 25 years working in this field, I have never once experienced this much suicide happening all at once.
I believe this quarantine is beginning to cause much more harm than good. People are not wired to be alone for significant periods of time. People need to connect, need to be with others. People need to be empowered to live their lives as they see fit.
I believe, next year when we get the numbers from this year, it will show a devastating rise in suicides due to this quarantine and how this COVID-19 crisis was mishandled- at least in California. People are not equipped to quarantine for this long.
We can all help prevent suicide. The National Suicide Prevention Lifeline provides 24/7, free and confidential support for people in distress, as well as prevention and crisis resources for you or your loved ones; call 1-800-273-8255. San Diego County also offers a crisis hotline 24/7 at 888-724-7240.
----------------------------------
The views in this editorial reflect the views of the author and do not necessarily reflect the views of East County Magazine. To submit an editorial for consideration, contact editor@eastcountymagazine.org.

Wells writes: "I believe this quarantine is beginning to cause much more harm than good. People are not wired to be alone for significant periods of time. People need to connect, need to be with others. People need to be empowered to live their lives as they see fit. I believe, next year when we get the numbers from this year, it will show a devastating rise in suicides due to this quarantine and how this COVID-19 crisis was mishandled- at least in California. People are not equipped to quarantine for this long."

She "believes". One local expert at UCSD, Natasha Martin, calculated that without the current physical distancing, San Diego County would have had 12,790 deaths compared to the 128 to date. How many of the 12,660 people's lives does she think worth sacrifiicing? What valid statistics does she have on increased suicides? What expertise does she have in pandemics? Not just Martin; but some of our foremost experts predict that if we open up too soon, a second more devastating wave may hit. The flu pandemic of 1918-19 came in three waves, the 2nd was the, by far, most devastating.

So, she "believes". I prefer to look at the history of pandemics and what we know about the current COVID-19. We had early warnings going back to the beginning of January; yet, all we did was stop Chinese travelers from China from entering the U.S. Returning Americans were allowed as if a virus is picky about who it hitches a ride with. And Trump earlier had cut funding to CDC and WHO and closed White House Pandemic Preparedness Team. But, not just Trump. The State of California had, perhaps, the best pandemic preparedness in the world with eight strategically located warehouses stocked with N-95 masks, gowns, respirators, medicines, and portable hospitals; but in 2008 Jerry Brown closed them down. They would have cost $6 million per year out of a state budget of over $20 billion, thus penny wise, pound foolish. The United States has long ignored Public Health. Well, I don't remember there ever being a fire near my house, so why not close down the local fire station? And finally, we have become dependent on China and India for much of our medicines, Personal Protective Equipment (N-95 masks, etc), ventilators, etc.

To some extent the U.S. has declined in producing goods in exchange for stock market gambling. 50 years ago the financial sector comprised less than 10% of our economy, mainly to serve the rest of the economy, when manufacturing and farming was close to 25% of economy, now its reversed. And the stock market is gambling, almost all stock transactions do not involve Initial Public Offerings, that is, companies issuing stock to get money for research, plant expansion, etc. In fact, historically, the first stock exchanges were tables in gambling halls in England. Instead we have paper passing through hands, to some extent not well-regulated. It was this that caused the crash of 2008.

In any case, yep, she is right about mishandling of the Pandemic, especially from our President; but her "beliefs" about suicides, her ignorance of the lives that would already have been lost, and potentially more lives is both frightening and disheartening as she represents a signficant portion of our population, that is, people who really don't try to in depth learn about something; but just base their opinions on "beliefs".