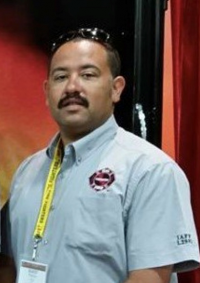 "It is my belief that the volunteer only fire station is inefficient and unable to provide adequate fire and life safety services in comparison to full time."

March 12, 2019 (Julian-Cuyamaca) -- I want to start by clarifying my comments within this editorial are not representative of CAL FIRE, but of my position as the 10th District Vice President within CAL FIRE Firefighters Local #2881, the labor organization that represents the Professional Firefighters of CAL FIRE in San Diego County.

I will begin with information about my Fire Department and Labor background, as I believe in absolute transparency.  At 16 years old I began as a Fire Explorer with the San Pasqual Fire Department as well as the Ramona Fire Department.  I graduated High School in Ramona, went into the US Army and upon return became a firefighter with CAL FIRE in 1997.  I have worked in the counties of:  San Diego, Riverside, Santa Clara, Amador and El Dorado in my 20-year employment with CAL FIRE.  I have held the ranks for Volunteer Firefighter, Volunteer Fire Engine Operator, Volunteer Fire Captain, and with CAL FIRE I have worked as Firefighter I, Firefighter II, Engineer, Fire Captain and currently hold the rank of Battalion Chief working in South San Diego County.  I am married with children and reside in the City of San Diego.

I provide this information since several individuals strongly opposed to Measure A have attempted to discredit my knowledge and subject matter expertise in the issue at hand.  Several unfounded complaints have been filed by several Pro-Julian Volunteer Fire Department supporters with the State of California attempting to cause disciplinary action due to my union activities and I have been called derogatory names on social media and in person at the JCFPD Board Meetings.  In my career both CAL FIRE and Local 2881 I have never been subjected to individuals with such a lack of common decency or respect towards others. This is apparent in the JCFPD Board Meetings which clearly show Brown Act Concerns with the involvement of audience discussion, remarks and non-agenda items. Several years ago, I was elected as the Deputy Vice President of our union district here in San Diego, last year I was elected to the position of Vice President overseeing the entire Local 2881 San Diego District.  The president of our union is headquartered in Sacramento.  I have worked tirelessly with elected officials and fire department management to ensure all County Fire Stations are staffed with full time personnel.

It is my belief that the volunteer only fire station is inefficient and unable to provide adequate fire and life safety services in comparison to full time.  We embrace volunteer reserves as supplemental personnel, always have and always will.

I want to focus on the issue at hand, Measure A and how we got here, why our union is involved and what happens if it passes or fails.

How did it come to this?

Several years ago, the JCFPD approached the San Diego County Fire Authority with concerns over their financial solvency. To ensure that the lights stayed on and the 911 calls were responded to, the County assisted with financial support and provided a San Diego County Paramedic Fire Engine. This was a two-year agreement with the intent of JCFPD coming into the County Fire Service Area, thus ensuring constant funding and full time staffing.  When the time came for the transition to occur, the board voted and the decision was to go with dissolution as planned.  The San Diego Local Agency Formation Commission was involved every step of the way.

This decision did not sit well with several community members and volunteer firefighters; the board members that voted to dissolve either resigned likely due to the harassment at meetings or were not re-elected.

Measure QQ was developed, which would have brought the tax for fire protection services in Julian and Cuyamaca to approximately $200.  This measure which was backed and formed by the same group opposed to Measure A, did nothing to improve fire and life safety services to the Julian and Cuyamaca Fire Protection District.  It did not provide for full time staffing to the level the County was willing to provide.  As everyone knows, Measure QQ failed miserably.

The same group that pushed for Measure QQ, disrupted board meetings and has been spewing misinformation to the community gathered enough signatures for LAFCO to stop the dissolution process and then put Measure A on the Ballot.

Currently, Julian and Cuyamaca Residents pay $100 for Fire Protection Services provided by JCFPD, $50 for Fire and $50 for the new fire station. FACT, if Measure A passes, this will be reduced to $50 as the County will pay off the Fire Station Mortgage.  Clearly a far better deal than Measure QQ was proposing.

CAL FIRE and County Fire, what is the difference?

Within CAL FIRE and this is reflected in Julian, there are two forms of fire protections services provided

Within this type of agreement, a local fire district, city, county, etc. pays CAL FIRE to provide Municipal Fire Protection Services, in other words, CAL FIRE employees become the paid firefighters and leadership in their organization, this agreement is in place for San Diego County Fire.  The level of service is agreed upon with the municipality.  In short, you will have CAL FIRE Employees staffing local agency equipment, operating out of local agency facilities, reporting to the local agency governance (fire board, board of supervisors, city council, etc.)

The Schedule B Program is the forces that are funded by the state to provide wildland fire suppression, this includes fire engines, air tanker, bull dozers, fire crews, helicopters, law enforcement, etc.  These personnel operate out of state facilities (such as the CAL FIRE Julian and Cuyamaca Fire Stations), with state owned equipment and report to the CAL FIRE Chain of Command

In all CAL FIRE Units, Schedule A and B Programs work cooperatively, the personnel are interchangeable.  In addition, the personnel utilize the same dispatch center, training programs, etc.  The phrase that best describes this is “mutually beneficial” as it combined both local and state resources under one management team with a common goal of providing the best fire and life safety services in the areas covered.

The CAL FIRE Julian and CAL FIRE Cuyamaca Fire Stations remain open year-round due to the County providing funding in order to ensure full time staffing in Julian and Cuyamaca, the state provides no budget for this as the risk of Wildfire is reduce with winter weather, therefore the stations will immediately close should Measure A fail.

Why is the CAL FIRE Union involved?

First off, there is no loss or gain of membership with JCPFD coming into CAL FIRE San Diego County Fire.  The CAL FIRE Employees assigned to the Julian and Cuyamaca areas are already members of this union.  It should also be known that I receive no compensation for being the Vice President of the 10th District.

Our members have had to deal with signs across the street from the fire station stating “GET OUT OF OUR FIRE STATION”, I am at a loss as to why this would be seen as ok, these folks put their lives on the line day in and day out serving the community.

Our members have had complaints filed on them, they have had accusations thrown at them, but still they remain professional and vigilant.  We have had members yelled at during board meetings, drones flown over fire stations and the list goes on.

Whether it is for 1 or all 650 members of this District, I will provide representation to them, this is what I was elected for.  You will notice that not many of my members comment on this issue, that is because they elected me to be their unified voice.

In addition, the County has made exceptional improvements in Fire Protection in San Diego County, improved staffing and equipment.  This has provided better working conditions for our membership and enhanced response capabilities for the communities they serve.

The messaging that states you will have both CAL FIRE and JCFPD with a NO VOTE on MEASURE IS FALSE.

It pains me that the opposition has such lack of regard for the community that they would make this statement. It has been made clear by CAL FIRE and County Fire Leadership that CAL FIRE Stations will close and the Paramedic Engine shut down.

Why is this false?

The two CAL FIRE Stations reside in a Fire Protection District (JCFPD) which is responsible for providing their own fire and life safety services. The county has been subsidizing JCFPD funding deficiencies and pays for the two CAL FIRE Stations to remain open year-round and the Paramedic Fire Engine. MEASURE A FAILS, FIRE STATIONS CLOSE, this cannot be disputed.

In the Spring via state funding, they will reopen, but will only respond to wildfires.

Working with the Julian Cuyamaca Citizens in Support for Affordable Fire Protection which includes dozens of Julian Cuyamaca Residents as well as the Deputy Sheriffs Association and Sheriff Bill Gore, CAL FIRE Firefighters Local #2881 has ensured the message of YES ON MEASURE A has been shared and explained to the constituents.

All County Fire Stations surrounding Julian and Cuyamaca are staffed full time at the Paramedic Level, this includes:

IF MEASURE A PASSES (the basics)

o County will assume the payoff responsibility for the fire station

• Full time Staffing in Julian and Cuyamaca Year Round

• Access to all CAL FIRE and County Resources Immediately

• A Paramedic in the community when the ambulance is transporting

• CAL FIRE will be responsible for Wildland Fire Protection

IF MEASURE A FAILS: (the basics)

• CAL FIRE will no longer respond to emergency calls in Julian and Cuyamaca unless they are Wildfires.  Only if the JCFPD is depleted will CAL FIRE respond, if available

• Fees remain at $100 per year with likely increases to come

o This was the mission of Measure QQ

o State OES policies for automatic aid state the agencies must have like resources, JCPFD will not be able to meet this standard

What happens to the volunteers if MEASURE A PASSES?

I can assure you that all volunteers that pass the requirements for a San Diego County Fire Reserve Firefighter will be taken in.

What are the requirements of the Volunteers to become volunteer reserves?

o If the volunteer is unable to show this proof or does not have it, County Fire will enroll them at no cost into a training program, many of the courses would be taught in Julian

This issue is not about the next catastrophic wildfire, there is no question as to who will manage, staff and coordinate resources, it is by law, CAL FIRE. This issue is about Local Fire Protection and the 99 out of 100 calls firefighters respond to that are not fires. This is about the JCFPD ambulance being on a transport down the hill and a high school student having an allergic reaction to peanuts; the paramedic engine could reverse this reaction immediately, the volunteers cannot

This is about training, certification, liabilities of full-time firefighters.  Our members possess the knowledge and skills need for today’s fire service.

Yes, there was more than one occasion where a Local 2881 member got an engine stuck or had troubles finding an address, I do not know of a firefighter that hasn’t in any fire department. The unfortunate fact is that instead of JCFPD Volunteers assisting them, they took pictures, launched a drone, posted screenshots and did nothing to help them out, they just made it worse in their mission to destroy their credibility.

From day one I reached out to the Julian Volunteer Firefighters Association and other members of the community to try to get resolve on this issue, to work on a plan that was mutually beneficial for all involved, I was met with hostility and resistance.

I have and always will be available to discuss the issues in person or over the phone.