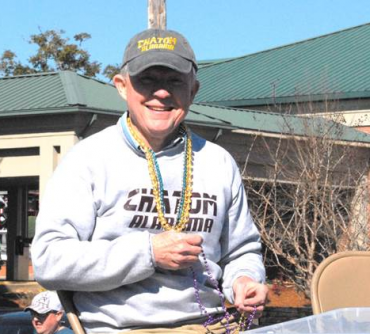 December 5, 2016 (San Diego’s East County) -- The Senate will soon consider confirming Jefferson Beauregard III to the powerful post of Attorney General – In the nation’s best interest, it is imperative his confirmation be denied.

Senator Jeff Sessions is a multi-generation Confederate-style racist. The Sessions clan mostly concentrated themselves in South and North Carolina, Georgia and Alabama since the latter 1700s. Over a few generations they learned the ways of mistreating slaves, believing they were not human, mere property to be used at the will and whim of owners. Today this behavior is recognized by its name – racism, bigotry and crimes against humanity and now, hate crimes. But for people harboring the dislike or even hatred for a non-white race, and some religions this was not racism – it was (in many circles, still is) normal feelings based on credo of superiority and belief of inferiority of those at the receiving end of their treatment – the ultimate “white-supremacy” belief.

The end of the Civil War brought to an end slave ownership, but the racism and bigotry continued, the lynching, the rapes, inhumane treatment, total segregation became a way of life. How strong racisms and bigotry was felt by the Sessions family is evidenced with the passing on for three generations the name – from the first naming by Civil War participants, cumulating in 1946 when third generation, Senator Jefferson Beauregard Sessions III was born. In the Sessions Alabama home young “Jeff,” Acknowledged as very intelligent, was taught verbally and through osmosis the standards of racial segregation adopting its concept, but without an inkling that it was the practice of white-supremacy’s racism and bigotry – it was simply normal behavior and mind set shared by the vast majority of men and women in Southern states.

Entering politics the young white-supremacist was loose with the tongue, hurling insults and demeaning remarks at blacks and any organization whose mission it was to protect the rights of black Americans.  His loose tongue cost him an appointment to a Federal judgeship as overwhelming testimony regarding his racist remarks and behavior before the Senate committee hearing his nomination denied him the post.  Since then he has learned to rein in his tongue, but his feeling come out loud and clear time and time again – he simply can’t help it as belief in white-supremacy is part of his DNA.

During Trump’s speech declaring his candidacy for President, he unleashed sentiments felt by many whose DNA of white-supremacy was deeply imbedded when Trump said the modern day politically incorrect:  Mexicans are criminals and rapists, later followed with his anti-Muslim deportation, exclusion and even death without regard to Muslims whether terrorists or not including their families, followed by the insults thrown at other minorities  --- Trump’s words released the white-supremacy genie in the lamp. At long last, a serious and well known candidate spoke the Sessions’ generations’ long sentiments. Jeff Sessions III was the first Senator to embrace Trump’s candidacy, and now awaits his reward – the most powerful cabinet position as the chief law enforcement officer in the nation.

As per the governments description: “The mission of the Office of the Attorney General is to supervise and direct the administration and operation of the Department of Justice, including the Federal Bureau of Investigation, Drug Enforcement Administration, Bureau of Alcohol, Tobacco, Firearms and Explosives, Bureau of Prisons, Office of Justice Programs, and the U.S. Attorneys and U.S. Marshals Service.”

Imagine the power of that office on the hands of a white-supremacist?

The stakes are too high to allow this to happen. The Senate must reject his appointment.

Patrick Osio, Jr. is the former Editor of HispanicVista.com (2000 – 2010), a digital weekly magazine and monthly columnist, The Connection, for the San Diego Metropolitan Magazine from 1996 to 2008. In addition to Editor, Mr. Osio wrote a weekly column for HispanicVista.com that were also distributed by Knight-Ridder to their 400+ newspaper clients, a great number that published Mr. Osio’s articles . His monthly articles for the SD Metropolitan garnered 5 awards from the SD Society of Professional Journalists. Mr. Osio lives in the San Diego region with his wife of 53 years.

we have had two hard core far left racists as the attorney general in holder and lynch, we have one in california soon to go to the senate in harris.

sessions put the kkk away and has done more for good race relations than the above mentioned bigots and their leader obama .