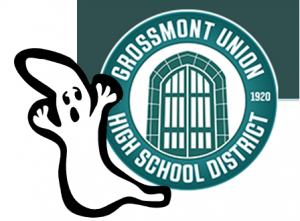 The Superintendent and the teachers' union leadership are broadcasting the message that Alpine's separation as requested will result in the insolvency of the District, that millions of dollars will be taken from the operating budget of each campus. The lawsuit also alleges Grossmont has been spending bond monies on projects that were never authorized by voters, and wasting taxpayers' money.

So what's really going on, and who's responsible for all this? Will Tuesday's election of three board members change things for the better?

I have been following the proceedings of the Grossmont school board and its bond oversight committee over the past year concerning the Alpine high school issue. Here's my take.

The County Grand Jury essentially got it right. The District should have built the Alpine school with the original Prop H bond of 2004. When it didn't, it should have given top priority to doing so with the 2008 Prop U bond. The enrollment trigger in that bond was met for three school years after passage, and preliminary construction work was done. This fulfilled the requirements of the bond language, and the project should now be completed.

The board majority of Jim Kelly, Robert Shield and Dick Hoy think they are doing the responsible thing by opposing this, because enrollment is now down over 2,000 students districtwide. Why build a new school if enrollment has declined to this degree? Answer: because Alpine has needed, and still needs, a school. What putative fiscal conservatives Kelly and Shield won't do is cut spending within the District, commensurate with this contraction. They have allies in Dick Hoy, the former teacher, and the teachers' union, which loathes any change which could mean job losses.

Never mind that there would be new jobs at a new Alpine school.

The claim of the administration and teachers' union that an Alpine separation would result in insolvency is a Halloween season scare tactic. The Alpine group is looking to bond funds, not the District's operating budget, to build its school, bond funds that were supposed to be spent on a new school in Alpine in the first place.

Kelly, Shield and Hoy are responsible for this mess.  Hoy is not running, but Kelly and Shield, and their ally, former board member Gary Woods, defeated in 2012, are. Challengers Barbara Stevens and Shirley Anderson appear committed to rectifying this sorry state of affairs, and deserve voters' serious consideration.