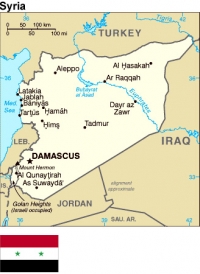 “We are seeing something quite strange, and unique. We are watching national leaders contact each other though the media and do media diplomacy.” – Nadin Abbott

September 12, 2013 (San Diego) -- Yesterday, Russian President Vladimir Putin had an editorial accepted and published by the New York Times. This diplomacy by newspaper is highly unusual, and the editorial was a remarkable piece of writing.

The first part of the essay made me think back to the end of World War II:

The United Nations’ founders understood that decisions affecting war and peace should happen only by consensus, and with America’s consent the veto by Security Council permanent members was enshrined in the United Nations Charter. The profound wisdom of this has underpinned the stability of international relations for decades.

No one wants the United Nations to suffer the fate of the League of Nations, which collapsed because it lacked real leverage. This is possible if influential countries bypass the United Nations and take military action without Security Council authorization.

At the end of World War II, the United States started to work carefully on creating the United Nations. The first formal meeting of the UN was the San Francisco Conference on April 25, 1945. It followed the ideas first proposed for an international organization at the Yalta Conference at the end of the war. This organization was the brain child of President Franklin Roosevelt, Prime Minister Winston Churchill and Premiere Joseph Stalin. They wanted an organization that would prevent another conflagration.

One of the things agreed to was the Security Council and the concept of a veto for the five largest victorious allies. This is why the US, Russia, France, China and England sit as permanent members with veto power.

While Putin reminds us of this, Russia has not always been a straight shooter or gone to the U.N. either. The crisis on Christmas day 1979, when Soviet paratroopers landed in Kabul, is one example. The U.S. boycotted the 1980 Moscow Olympics as protest of that invasion.  Russian intervention into the Georgian Republic on its southern flank in 2008 was also without U.N. sanction, but nevertheless, this was remarkable as it reminded Americans that the Security Council is in many ways an American creation.

Then there is this in Putin’s essay:

A strike would increase violence and unleash a new wave of terrorism. It could undermine multilateral efforts to resolve the Iranian nuclear problem and the Israeli-Palestinian conflict and further destabilize the Middle East and North Africa. It could throw the entire system of international law and order out of balance.

The Russians are concerned about terrorism not only during the upcoming Olympic Games at Sochi, but also of a new wave of Muslim terror inside the motherland. There have been several attacks, some of which have even led to breaking news on CNN. They mostly concerned both Chechen Wars. Chechnya is a former Soviet Republic, which Russia has kept under control under brutal means.

The essay is also is remarkable at reminding us the careful balance in international relations. The bolded line is very reminiscent of the language used by diplomats in the 1930s, before World War II, when Germany started to rearm. The Russians are not comparing us to the Third Reich, they are stating that from their point of view, further strikes will encourage others to do the same. This is also why Putin reminds American readers that the U.S. and Soviets were once allies fighting the fascists during the World War II.

Putin did emphasize though why the Security Council is important, and the principles of self-defense in the U.N. Charter.

Under current international law, force is permitted only in self-defense or by the decision of the Security Council. Anything else is unacceptable under the United Nations Charter and would constitute an act of aggression.

He also wrote something else in the essay that those of us who travel abroad are hearing as well. So this is not new to me. This may even pose a problem for people trying to do business abroad.

Millions around the world increasingly see America not as a model of democracy but as relying solely on brute force, cobbling coalitions together under the slogan “you’re either with us or against us.”

The echoes of the 1930s are strong in the essay and I am sure were not missed by the White House. In fact, this section was answered shortly thereafter by the White House, through CNN, and James Tapper’s blog.

It is extremely dangerous to encourage people to see themselves as exceptional, whatever the motivation. There are big countries and small countries, rich and poor, those with long democratic traditions and those still finding their way to democracy. Their policies differ, too. We are all different, but when we ask for the Lord’s blessings, we must not forget that God created us equal.

“That’s all irrelevant,” the White House official said in response. “He put this proposal forward and he’s now invested in it. That’s good. That’s the best possible reaction. He’s fully invested in Syria’s CW disarmament and that’s potentially better than a military strike – which would deter and degrade but wouldn’t get rid of all the chemical weapons. He now owns this. He has fully asserted ownership of it and he needs to deliver.”

We are seeing something quite strange, and unique. We are watching national leaders contact each other though the media and do media diplomacy. As we have been joking in a moment of levity, next comes the open Twitter feed.

But all joking to the side, there is more to the Russian i

ntent. This morning Russian Times (RT) reported that Russian assets crossed Gibraltar on the Western end of the Mediterranean, en route to the East, where the US Navy has posted the Sixth fleet. The Russians have been moving more assets to the area.

times, the Russians have built a naval base at the Port of Tartus starting well before the Soviet Union went away. Syria is a client state of Russia. So while the Russians claim this to be a normal ship rotation, the United States is not the only one to practice carrot and stick diplomacy. Control of that area of the world is what diplomats call the Grand Chess Game. Zbigniew Brzezinski authored a book titled “The Grand Chessboard” as well, which is a very good introduction to the politics and strategic interests in the region.

World powers have had interest in control of that part of the world for millennia. The Assyrians and the Egyptians fought for it with Babylonians, Greeks and Romans. The game has not changed that much. Just who does it, and what military technology is used.

Apparently so has diplomacy. In the age of the Internet, we have been treated to a very odd piece of diplomacy indeed.