How did the number of homes powered by the Ocotillo wind project get reduced to just one-fifth of what Pattern has been promising? 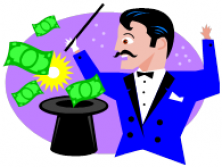 May 12, 2012 (Ocotillo)--Pattern Energy does a very good job deceiving the people. For example, all throughout the Ocotillo Wind Energy Project process Pattern Energy has been making statements deceiving the press, public and officials about the number of homes this facility will produce power for. Pattern’s website states: “The project will produce enough clean and renewable wind energy to serve more than 130,000 households a year. http://www.patternenergy.com/media/news/announcements/ocotillo_011312

That number has been repeated in media reports:

The plan is to harness the power of the wind by building more than 100 turbines that would be about 450 feet tall. Pattern Energy received approval for a 20-year power purchase agreement with San Diego Gas & Electric. Pattern expects to generate enough electricity to power more than 130,000 homes http://www.10news.com/news/30776233/detail.html.

The California Public Utilities Commission approved a 20-year power purchase agreement between San Diego Gas & Electric and Pattern Energy Group LP for 315 megawatts of wind energy to be generated at Pattern’s proposed Ocotillo Wind Energy Facility. The project is set to produce enough power for more than 130,000 households a year, according to a press release from the company. http://articles.ivpressonline.com/2012-01-14/ocotillo-area_30628799

Why, then, is the figure dramatically reduced in the BLM Record of Decision just signed?

In section 1.7 Summary of Conclusions the BLM states that the project “will provide clean electricity sufficient to meet the needs of 25,000 homes, while bringing much-needed jobs to the Project area.” http://www.blm.gov/pgdata/etc/medialib/blm/ca/pdf/elcentro/nepa/ocotillo...

Where are the missing 105,000 homes that Pattern promised its Ocotillo wind project would power?  Did federal officials really read what they signed?

Pattern appears to have engaged in some serious sleight of hand - pocketing billions of dollars in taxpayer subsidies before magically making four-fifths of the promised power benefits vanish into thin air.