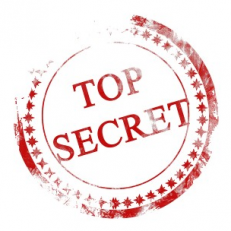 June 7, 2015 (San Diego) --Instead of talking into a satellite camera, President Obama should listen to the hard-working families of California who overwhelmingly oppose fast track. He says that the Trans Pacific Partnership (TPP) is different than past trade agreements that failed a majority of Americans, but thanks to leaked drafts and a negotiation process that included 600 corporate lawyers, it’s apparent that this deal will be a disaster for everyone but the wealthiest corporations.

The level of secrecy that surrounds TPP is deeply troubling. If this deal is truly good for hard-working men and women, then why can’t we read it? If the President believes this is a great deal, why can’t he prove it to us? American workers deserve to see the uncensored truth of this agreement.

We hope that Congressman Scott Peters, Congresswoman Susan Davis, and every other member of the California Congressional Delegation will listen to their constituents and not corporations when it comes to Fast Track. UFCW is over 160,000 members strong across California and none of us plan to rest until this secret, job-killing trade deal is stopped cold.

TPP follows in the footsteps of other free trade agreements like NAFTA that have forced American workers to compete against low-wage labor from around the world. The result has been lost jobs<http://www.nytimes.com/2015/05/18/business/a-decade-later-loss-of-maytag-factory-still-resonates.html> and ever-increasing income inequality<http://www.wsj.com/articles/oecd-sees-continued-rise-in-growth-harming-inequality-1432198801> in the U.S.

TPP will offshore good-paying jobs to low-wage nations, undercutting working conditions globally and increasing unemployment. According to the Economic Policy Institute<http://www.huffingtonpost.com/heather-gautney/why-the-transpacific-part_1_b_6598604.html>, if the TPP is agreed to, the U.S. will lose more than 130,000 jobs to Vietnam and Japan alone.

TPP will allow big pharmaceutical corporations to extend drug patents, effectively decreasing global access to affordable, life-saving medications. Doctors without Borders stated<http://www.doctorswithoutborders.org/news-stories/briefing-document/trading-away-health-trans-pacific-partnership-agreement-tpp> that “the TPP agreement is on track to become the most harmful trade pact ever for access to medicines in developing countries.”

TPP will increase the import of goods that often fail to meet U.S. safety standards. The FDA has already prevented hundreds of seafood imports from TPP countries<http://www.citizen.org/documents/fww-tpp-fish-imports-april-2014.pdf> because of salmonella, e-coli, methyl-mercury and drug residues.

This isn't about free trade at all, of course, it is about corporate welfare. (You knew that.) Tariffs have been lowered long ago, encouraging corporations to ship jobs overseas, which is what they've done. Now the corporations want more -- to get rid of those icky regulations that make life difficult. Canada doesn't have that problem. Because of NAFTA a Canadian corporation can tear up thousands of acres of land in Imperial County, create new hills and cyanide pits, and generally do what ever they want, and they've done it. Now the corps want the same deal in Asia-Pacific under TPP. That would be -- Australia, Brunei, Chile, Canada, Malaysia, Mexico, New Zealand, Peru, Singapore, USA and Vietnam.-- Joseph E. Stiglitz wrote about this last year. "Today, the purpose of trade agreements is different. Tariffs around the world are already low. The focus has shifted to “nontariff barriers,” and the most important of these — for the corporate interests pushing agreements — are regulations. Huge multinational corporations complain that inconsistent regulations make business costly. But most of the regulations, even if they are imperfect, are there for a reason: to protect workers, consumers, the economy and the environment." --more here.
I should add, just to emphasize the point, because treaties over-ride local laws in all the affected countries. That's the biggest secret of all.

Thanks for advising our readers on this. The more I learn about the TPP, the worse it sounds to me.

"Who Really Controls America" here. WARNING: rough language
Despite President Obama's claims that there's "nothing secret" about the TPP, the public isn't allowed to lay eyes on it. Leaked chapters, however, have revealed that the government bureaucrats and corporate lobbyists negotiating it are consistently putting corporate profits above the public good. --Google "TPP text wikileaks" and you can get the Intellectual Property Rights Chapter (13 Nov 2013), the Environment Chapter (15 Jan 2014) and the Investment Chapter (Mar 25, 2015), or go here.