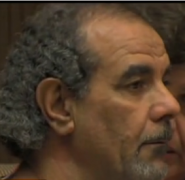 April 6, 2014 (El Cajon)--The recent spate of earthquakes in our area may have been triggered by an explosion at El Cajon Superior Court on March 25, when the prosecution's case against Kassim Alhimidi blew up during a hearing concerning pre-trial motions. The trial began April 1, and testimony has strongly confirmed an opinion I formed some time ago that the evidence against Alhimidi is so shaky  an immediate acquittal would be in order. 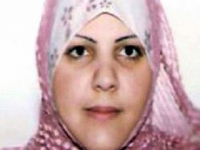 Alhimidi is charged with beating his wife (Shaima Alawadi) to death in their Skyview Street home in El Cajon. She was found, bloody and unconscious, on March 21, 2012 by their daughter, Fatima, then 17 and the oldest  of five children. Alawadi, 32, died three days later. Alhimidi was arrested on November 8, but no evidence was presented to a judge to justify his incarceration for  more than eight months.

At a preliminary hearing that concluded on July 26, 2013, it was revealed that there was no evidence (forensic or otherwise) linking Alhimidi to the attack, nor any evidence that placed him in the home at the time of the attack. The most persuasive evidence, according to Judge Lantz Lewis, was video surveillance allegedly showing Alhimidi park his minivan near the home, then returning about an hour later.

However, at the March 25 hearing, it was revealed that El Cajon police detectives did not believe that the video was definitive, and prepared a "ruse" to trick Alhimidi. They took his van out of storage, drove it to a location where they "thought he might have parked it," then "photo-shopped" the date of the attack over the actual date in August, 2012. They hoped that after showing Alhimidi the doctored photo, he would break down and confess to the killing or to being in the home, or, at the least, to parking near the home. The judge ruled that the altered photograph would not be introduced into evidence at trial.

There is some doubt that Alhimidi, after repeated questioning, ever actually admitted to parking his van at that spot. It should be obvious that if detectives were unsure about where he actually parked,  a jury would also be skeptical.

Fatima, the prosecution's "star witness," was subject to 100 minutes of cross examination on April 4, and will return for more on Monday. Her statements in many areas were  contradicted by her own words, by police reports, and by text messages. It is difficult to believe that the jury will find her credible in any way.

I intend to provide additional details of her testimony in a day or two.

(Clark is a 20-year resident of El Cajon who has followed the Alawadi case very closely from the beginning.)

The opinions in this editorial reflect those of the author and do not necessarily reflect the views of East County Magazine. To submit an editorial for consideration, contact editor@eastcountymagazine.org