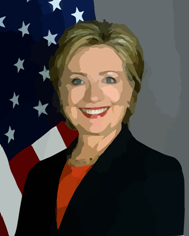 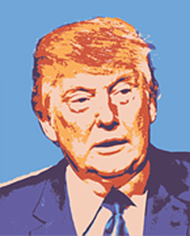 July 24, 2016 (San Diego) -- So, let’s channel the cranky ghost of George Wallace as he justified his 1968 run for the presidency when he noted, “There's not a dime's worth of difference between the Democrat and Republican parties.” What do we know about that in our day, in this election season?

In sum, a Clinton presidency will likely feature Obama (and Bill Clinton)-style employment growth, wage increases, and deficit reduction, a slower degradation of our environment, and stronger guarantees of human and civil rights.

A Trump presidency will feature both an expansion of US military actions into a bloody surge to crush ISIS but a possible contraction of the US military overall if his statements about NATO and other mentions of what is US concerns are accurate augury. A Trump economy will radically benefit the elite and devastate the working Americans. It will feature acceleration of climate catastrophes and climate refugees, and a dirtier atmosphere, contaminated soil, and polluted surface and ground waters.

There are a few dimes worth of difference in this race. Indeed, a paradigm difference.

We’ve got trouble. Are we ready? 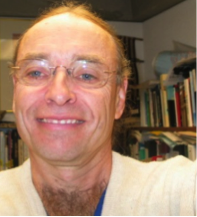 I was a delegate to the Republican Convention in Cleveland and just returned. Just wanted all to know that this article is pure bovine defecation.

Lou, please understand that I generally cover sports for ECM, so I apologize if the GOP convention writeups aren't as good as Miriam's writeups/coverage or aren't to your liking.  I'm not a politics expert/know absolutely nothing about politics/generally don't pay attention to politics.

and we've added a link to the full text of Trump's speech in this story:  http://www.eastcountymagazine.org/republican-convention-day-four-trump-o...

I was on vacation for 10 days visiting my daughter in Hawaii during the GOP convention, so Liz did her best to fill in posting daily news stories as I did not have access to a computer with screen large enough for my aging eyes to do any writing.  Our next "World Watch" will include links to national news outlets' coverage of both the Republican and Democratic conventions, however, to supplement the coverage we did provide thus far.

The above piece is an editorial submitted by a reader, unsolicited.  We welcome reader's editorials with a variety of views and actually nobody has sent us one supporting Trump; Trump fans have merely lurked in the comments section posting sniping remarks instead of offering any detailed analytical writing of their own.