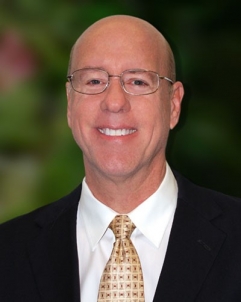 For the past few years, the City has been diligently working on creating a new atmosphere, a new vibe, a welcoming spirit for businesses, visitors, and our residents.

Already, the work on economic development is bearing fruit.   The new Courtyard by Marriott, the first four-star hotel east of I-15 in over 70 years, is scheduled to open in August, 2017.  A Hampton Inn by Hilton will break ground later this year at the site of the old police station.  It’s expected to open 18 months later.  Who will occupy these rooms?  Marriott CEO Arne Sorenson commented in May, 2016 that 65% of transient (short-term stay) room nights for Marriott are coming from Marriott Rewards Members.

Why El Cajon? Since the Internet is a dominant source for reservations, imagine when visitors see a Courtyard or Hampton Inn in El Cajon at a price much lower than comparable hotels west of I-15.  With a drive as quick as 20 minutes to downtown San Diego, El Cajon becomes a very attractive destination for Rewards Members. Also, those visitors will want places to eat and shop while in our City, increasing opportunities for restaurants and businesses around these hotels.

Not only are new hotels opening, but The Valley of Cars continues grow.  Mercedes-Benz of El Cajon opened its first location in El Cajon and recently started construction on its 65,000 square-foot, $14 million, state-of-the-art dealership in our City. BMW of El Cajon has been open for three years now and is doing well.   A new Honda of El Cajon (formerly Tipton Honda) is being refreshed, remodeled, and renewed. El Cajon Ford, Team Kia, and Toyota of El Cajon all added upgrades to boost their presence.  A new Jaguar/Land Rover dealership, one of only two in all San Diego County, has been approved for construction along Marshall Avenue.

What about the East County Performing Arts Center?  The City is negotiating with Live Nation to manage the venue.  If an agreement is reached, Live Nation, the world’s largest and most successful concert promoter, would bring a first-class experience for visitors, drawing people from throughout Southern California.

New business construction continues.  Where there was a Burger King on Jamacha Road now stand four new establishments: Starbucks, Wing Stop, Jamba Juice, and Chipotle!  Down at Fletcher Parkway and Johnson Avenue, Panera Bread opened in 2016, and a Dunkin’ Donuts is in construction in front of Home Depot.  Navy Federal opened a new branch; GKN signed multi-million dollar deals with Rolls Royce and the U.S. Air Force.  Fox Shocks expanded its factory in El Cajon, adding hundreds of new jobs in the City.  Taylor Guitars continues to dominate the premium guitar market worldwide; the company continues to exemplify a blue-ribbon, environmental policy with its reforestation projects in Cameroon.  Let’s also acknowledge hundreds of family-owned businesses which continue to provide valuable products and services to residents and visitors to our City.

Our streets are being renewed.  Greenfield Drive between Third and Main streets was completely reconstructed using funding from a Safe Routes to Schools federal grant; sidewalks were added for the safety of schoolchildren on their way to, and from, school.   The City continues on an aggressive schedule to repave 452 lane-miles of streets, having already completed over 50% with $28 million over the past 10 years.  El Cajon’s Pavement Condition Index (PCI) is the best in East County and one of the best among the 18 cities in San Diego County.

Regarding people who are homeless in the City, the Council is looking at funding a position through Crisis House of El Cajon called a Housing Navigator.  Similar to a social services’ case worker, a Navigator meets with people who are homeless and finds them housing.  The key to remaining housed lies in providing ongoing, supportive services to each individual, tailored to their needs.  These services are provided by the County as well as many community agencies.

A coalition including the police and fire departments, the County of San Diego, Crisis House of El Cajon, the East County Chamber of Commerce, St Paul’s Senior Services, the Regional Task Force on the Homeless, the East County Homeless Task Force, and others all support this approach of housing-first solution combined with ongoing assistance.

Dinner and a Concert, the Wednesday night Car Shows, Farmer’s Markets, Hauntfest, the St Patrick’s Day half-marathon, America on Main Street, July 4th at Kennedy Park, and of course the historic Mother Goose Parade continue to provide fun and a growing community spirit at low- or no-cost. All great for residents, great for businesses, and bringing new people into town.

Additional resources have been approved improve the visual presentation of the City.  Abandoned shopping carts, graffiti, and illegal signs posted around town are all targets for elimination.

City Council meetings are now live-streamed on the Internet, increasing visibility for residents.  Over 500 new housing units are in various stages of construction, adding both affordable and luxury homes for buyers.

Renewal.  Making new again; the state of being renewed.  El Cajon is well on its way, rebranding itself as a family- and business-friendly city, all making it the best place to live, work, and play.  Don’t blink. There’s always something new around the corner.  For the latest improvements, visit the City’s website at www.CityOfElCajon.us.

I just checked their website and at least some manufacturing is still done in El Cajon; you can even take factory tours:  https://www.taylorguitars.com/contact/factory-tours

If you have a link to info on them sending some jobs out of the story,  or a relable source to confirm this, we'd be interested in reporting on that.

I encourage you and everyone with concerns about unresolved issues in El Cajon to bring these to the attention of Council and of course pay attention to elections next year and whichever candidates support your issues.

It sounds like that's a secondary plant, they're not closing El Cajon which they refer to as the "main plant."  Still I wonder why they didn't build a second facility in the United States, preferably in San Diego County when so many people need jobs here.

While it is true that some of the things Councilman Steve Goble mentioned had already been in motion before he was elected last year with Councilman Ben Kalasho, and have their roots in the last Council or perhaps even earlier, Goble, just one week ago, asked staff to put together a proposal about funding the settlement portion and a fte of a program that places homeless people age 55 or better into a program in which the portion of their rent that exceeds 30% of their income be subsidized, I think by St. Paul's (not the location but the servicing program, like section 8), in an effort to ensure even the least of these have a roof over their heads, and not homeless and on a decade-long waiting list, Councilman Gary Kendrick clarified to me that this Goble measure he co-sponsored is not rent control because the landlord still receives market rent.
Regarding the comment made by Risby I couldn't agree more, you said it perfect. All he is doing is repeating things that have been in the works for six months already trying to make it sound like they are really get things done. They are getting a free ride from the citizens of El Cajon, yes and what a ride. I agree there needs to be a cap on how long they can serve in office, Bob's been there for 25 years and I would say is the most accountable for the problems in El Cajon.
Lots of good stuff, wow! Good luck in your negotiations with Live Nation, and thanks for streaming the council meetings online!