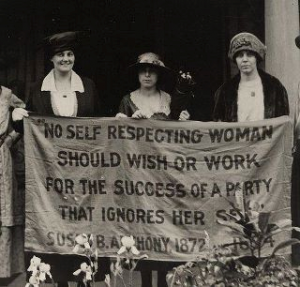 d in a war on women, with women’s rights, needs, and hopes just the collateral damage of their war?” -- Bonnie Burns Price

February 23, 2012 (San Diego’s East County)--The 2012 Republican presidential contest is one of the most intriguing events on the national political stage.  Many debates have allowed the nation to consider candidate positions on subjects as diverse as the Great Recession, the war in Afghanistan, a nuclear Iran, sustainability of Social Security and Medicare, tax fairness, contraception and abortion.

Contraception and abortion?  Why are these issues being discussed so intensely in this presidential primary contest?  After all, these were settled by the U.S. Supreme Court in Griswold V. Connecticut (1965) and Roe v. Wade (1973).  The Griswold case legalized contraception, while Roe legitimized safe, legal abortions.  These legal issues were resolved decades ago--in the 20th Century.

Now, in the second decade of the 21st Century, the four remaining Republican men who would become president believe these settled legal doctrines deserve reconsideration.  Current front-runner, Rick Santorum, believes that both artificial contraception and abortion should be disallowed.  Mitt Romney, who’s currently runner-up, has been both pro-choice and no choice regarding abortion; it’s unclear what his position is on the use of artificial methods of birth control, although he vetoed a bill on public support for contraception while governor of Massachusetts.  Ron Paul and Newt Gingrich, who swing between third or fourth in the current polls, are strictly against abortion but may support artificial contraception.   All have called for reversal of Roe v. Wade.

San Diego County Republican members of Congress have all taken positions against women’s choice regarding the termination of pregnancy.   Congressman Duncan D. Hunter (R-52), who has East County as his district, is noted for the strength of his opposition to abortion and other issues relating to reproductive health care for women. He introduced a life-begins-at-conception bill that would give fertilized eggs more rights than adult women. Congressman Brian Bilbray (R-50), who represents part of North County, voted against federal funding of abortions.

Fellow Republican Congressman Darrell Issa (R-49), who represents another part of North County, recently chaired a hearing of the House Government Oversight and Reform Committee, at which he included only men from religious groups on the lead panel; they provided testimony on whether or not the health care insurance requirement to provide coverage for contraception for women employees violated their theological positions.  No advocates for women’s health care were permitted to testify.

Why do they dismiss the need for insurance to cover contraception for women as a matter of health, when both national opinion polls and public health professionals support it?  What prevents their recognition that contraception prevents abortions in most cases?  Are the men who want to lead us blind to the probable consequences of their campaign rhetoric, as well as their actions in Congress?

The positions of Republicans in the presidential campaign, in Congress, and in several states, put all Americans at risk.  Overturning settled law, regarding the right of people to use artificial birth control methods and the right of women to have safe, legal abortions, would put the entire American population in mortal danger.  Without contraceptive devices, AIDs and other sexually-transmitted diseases would run rampant, leaving children without parents and infected children with shortened lives, like Sub-Saharan Africa.  Women would be unable to perform the work they have chosen to do, in addition to their roles as mothers.

Since nearly half of the workforce is composed of women, and two incomes are required in contemporary economic circumstances, families would become larger but poorer, as women would be unable to contribute to the economic success of their families.  Or, perhaps fewer women would opt to form families at all, leaving society with fewer people to extend the culture into the future.

Without safe, legal abortions performed by trained clinicians, families would lose wives, mothers, sisters, and daughters, who suffered abortions performed by untrained individuals.   Would the bereaved husbands, children, brothers and sisters, and parents enjoy enhanced lives because their loved ones died at the hands of untrained abortion providers?  And, what mental health crises would beset young girls and women impregnated by incest and rape, who lacked resources for illegal abortions?  Would they find suicide to be the only way to resolve their condition?

Do these Republican leaders care at all about the potential harm their proposed changes will inflict on American society?  Or, are they just using rhetoric to prod their fundamentalist religious followers to get involved in their campaigns?  Or, worse yet, are Republicans engaged in a war on women, with women’s rights, needs, and hopes just the collateral damage of their war?

In the Twenty-first Century, American women, men, and children deserve respectful and acceptable answers to all of these questions.  And they certainly deserve better treatment than these men’s proposed policy changes allow.  Americans deserve laws that ensure their health and safety when they make health care choices, no matter what their gender or economic condition may be.  All potential voters need to assure themselves that candidates for national, state, and local offices will deliver public policy that makes it possible for them to pursue life, liberty, and happiness, as promised by the United States Constitution.

Quotes of candidates/websites and ancilliary information

“But while the nation remains so divided over abortion, I believe that the states, through the democratic process, should determine their own abortion laws and not have them dictated by judicial mandate.”

“I'd like to see Roe v. Wade overturned and allow the states and the elected representatives of the people, and the people themselves, have the ability to put in place pro-life legislation.”

“Not only have I been consistently pro-life, but I've taken the -- you know, I've not just taken the pledge, I've taken the bullets to go out there and fight for this and lead on those issues. And I think that's a factor that people should consider when you -- when you look, well, what is this president going to do when he comes to office? A lot of folks run for president as pro-life and then that issue gets shoved to the back burner. I will tell you that the issue of pro-life, the sanctity and dignity of every human life, not just at birth, not just on the issue of abortion, but with respect to the entire life, which I mentioned welfare reform and -- and the dignity of people at the end of life, those issues will be top priority issues for me to make sure that all life is respected and held with dignity.”

"I think that abortion should not be legal, and I think that how you would implement that I'm not sure."

"Immediately saving lives by effectively repealing Roe v. Wade and preventing activist judges from interfering with state decisions on life by removing abortion from federal court jurisdiction through legislation modeled after his “We the People Act.”

Supports defining life as beginning at conception by passing a “Sanctity of Life Act.”