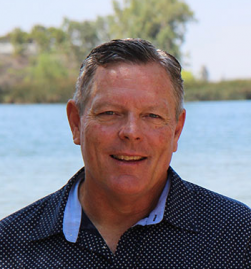 An open letter to La Mesa’s Mayor and City Council

August 24, 2020 (La Mesa) --  I am a 27-year resident of La Mesa and also a retired San Diego County Sheriff’s Commander with 35 years in local law enforcement. In May of this year, all of us saw and experienced the horrific scenario that started out as a peaceful BLM demonstration taken over by criminals without police intervention and rapidly devolved into a nightmare of looting, violence, and the burning of downtown La Mesa.

We woke up the next morning to see downtown La Mesa looking very much like a war zone with storefront windows shattered, debris strewn about, and the hulking skeletons of charred metal where two banks previously stood. That morning, I picked up my push broom and trash barrel and joined dozens of individuals who came to help our community clean up. From talking to the other cleaners that morning, I got the sense that we felt compelled to show up because that was our way of saying to the world that we are “La Mesa Strong” and that something better must rise from the ashes of the previous night’s events.

Since then, I’ve had many discussions with local business owners, social and racial justice activists, and many other La Mesa residents about what we as a community must do to create a better and stronger La Mesa. Many of them are emphatic that a roadmap for La Mesa to move forward must include:

1. Community forums for City officials and the police department to discuss re-defining police roles, public safety philosophy going forward (guardians or enforcers), police tactics (such as de-escalation, use of non-lethal force), and the inclusion of other service providers to address mental illness, homelessness, etc.

2. An independent, community-led top down policy review of the La Mesa Police Department.

3. Full investigation by the La Mesa Police Department of its arrest, community contact and stop data to determine whether implicit bias exists making those result public.

4. Mandatory periodic meetings between the La Mesa Police Chief and community members to listen to the community’s concerns, whether it is about a systemic or specific criminal justice or public safety issue.

5. The creation of a commission on equity and inclusion.

6. A complete review of all City Commissions and Task Forces to determine race/gender and sexual orientation equality.

We all know that public safety is an immensely complicated issue, and that there are many factors at play, some of which are beyond our community control. But all of us sweeping up the broken glass on that Sunday morning know that we must start somewhere.

The City of La Mesa has before it an unprecedented opportunity to make a lot of good things come out of a very tragic experience. I implore you to not let this opportunity slip away.