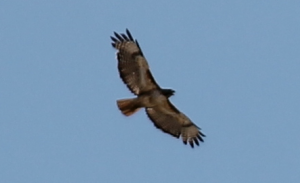 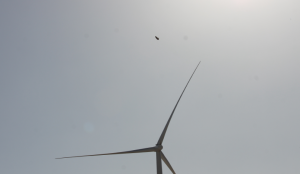 May 22, 2013 (Ocotillo)--It’s been (1) week now since the blade throw at the Ocotillo Wind overseen by Pattern Energy. Wow! What a difference, we forgot what it was like without these wind turbines turning; it’s a breath of fresh air. Not seeing/hearing the turbines turning weather they are generating power or not is a huge difference and now that they are not turning it reminds of some of main reasons we moved to Ocotillo.

Seeing the ugly turbines obstructing our views and taking up space in our desert is bad and when they are turning it is 100% worse. I can’t explain how the motion of the turbines affects your everyday life but it takes its toll on you. Seeing the motion of the turbines attracts your attention, you go outside and your eyes are automatically attracted to them, you forget the reason why you went outside, it basically disrupts your thought process. Now that the turbines are not turning I can go out on my front porch and sit down and have a cup of coffee and relax before I start my busy day, this is something I cannot do when the turbines are turning.

All 94 turbines are still stopped; power is still going to the turbines from the grid powering a large 34,500 volt transformer at each turbine. This has been the case since this project went online back on Dec. 5, 2012, power from the grid is needed in order for the turbines to be in “Standby mode” weather they are generating power or not.

There was a short time approximately (1) week where the power to the turbines was completely shut off, this was due to some repairs/maintenance that was performed on the Sunrise Powerlink. During this time when the power was completely shut down and no power was going to the turbines it was unbelievably quiet and peaceful, it was amazing how much quieter it was. The background noise from all (94) 34,500 volt transformers shut off and the entire SDG&E switchyard completely shut off really was a reality check for us to remind us of why we moved to Ocotillo. This is a background noise we are now forced to live with even if the noisy turbines are not turning, it’s just wrong.

Lately we have been witnessing Siemens workers’ working on various wind turbines which we presumed was in response to the latest blade throw.

Yesterday we witnessed Siemens workers working on wind turbine #167 which I believe is a turbine that has never been online or generated any power as far as I know. This turbine has had lots of problems from the beginning of construction; the foundation location has been relocated a couple of times I believe due to fault concerns with the soil. This turbine is sitting on or very close to the Elsinore fault line.

This shocked me to think that getting this wind turbine online seems to have a higher priority than the inspection of the other (93) turbines for blade throw related issues to make sure the residents and community is safe.

The most recent uploaded to Save Ocotillo.

Though they went up in a hurry, something tells me that, from here on out, things like timeliness, efficiency and common sense will play, at best, minimal roles in the way these turbines are operated and maintained.

Did it ever really matter to those who built them--and I mean everyone involved, from Obama himself all the way down to Pattern Energy, and everyone in between--did it ever really matter to any of them if they worked? I doubt it. The executive order was given, the turbines were built, the money was spent, the symbolic gesture "We're the Guys Who Care About the Planet, So Remember Us When You Vote" was made.

That is what mattered.