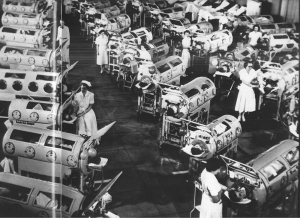 An example from the San Diego Union-Tribune

March 19, 2018 (San Diego) -- As a retired epidemiologist, especially interested in public health, I have been following the so-called “vaccine controversy” for many years. Recently I wrote a rather long paper that was published on a popular blog, Science-Based Medicine. I wrote this Reader’s OpEd for East County Magazine because the False Balance in this case was in our own local newspaper, The San Diego Union-Tribune, and the opinion piece by Terry Roark that my paper refutes point by point concerns California Senate Bill 277 which limits exemptions for vaccinations, clearly a topic that many East County Magazine readers will be interested in. My hope is that this short Reader’s OpEd will interest East County Magazine readers to go to the longer article, which can be accessed by clicking here. Note that the longer article allows one to link to a downloadable pdf version

The San Diego Union-Tribune (UT) recently published two opinion pieces on vaccine mandates, responding to California Senate Bill 277 which removed the “personal belief” exemption to vaccine requirements for children entering into day care, elementary or secondary schools. The bill was passed by the California Legislature in 2015:

Mark Sawyer, MD is a professor of clinical pediatrics in the Division of Infectious Diseases in the UCSD Medical School. Terry Roark is the advocacy director in California for the nonprofit National Vaccine Information Center.

Each piece was given equal length, giving the impression that each side represented a valid position, creating a false balance.  In all fairness, the UT has posted numerous articles and editorials on other occasions that clearly supported vaccines and the science behind them, e.g., “In a win for science and for student safety, school vaccination rates are the highest they have been in California in at least 15 years” (The San Diego Union-Tribune Editorial Board, 2017). The problem is that people often have short term memories, may not have read the previous pro-vaccine articles in the UT, and/or, seeing two opinion pieces, were influenced more by the one than the other, lacking the scientific background to make a valid judgement. 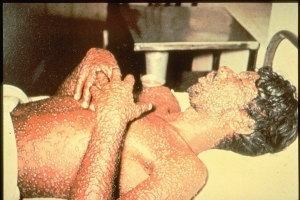 In my longer paper I clearly document that Terry Roark’s opinion piece is full of inaccuracies, falsehoods, and misrepresentations, cultivating readers to form an opinion that is invalid. For example, with clear logic, science, and simple arithmetic, I demonstrate beyond any doubt that the measles vaccine was quite effective, though not 100% as those in the antivaccination world of fantasy require. Note that if one were to use their approach of requiring 100% effectiveness or close to it, it would be the end of almost all modern medicine.

Like Roark, the vast majority of antivaccinationists lack the basic understanding of the science underlying vaccines, view the world as all or none, subscribe to paranoid conspiracy theories, and their certainty of the rightness of their opinion clearly reflects research that shows once people form opinions, they seldom change them and, remarkably, when confronted with evidence that they are wrong, they often embrace their point of view even more tenaciously Some of this can be attributed to the Dunning-Kruger effect, which posits that people often fail to grasp their level of competence (or more to the point, incompetence), which precludes their ability to form credible opinions.

Roark’s opinion piece, also, clearly demonstrates a lack of understanding of the economics of vaccine production and economics in general, and a misleading quote, taken out of context, from a Supreme Court decision. In addition, as demonstrated in her article and numerous posts on the National Vaccine Information Center which she is affiliated with, anti-vaccinationists attack the integrity and honesty of those promoting vaccines. Such ad hominem attacks say more about the attackers than the scientists, indicating that anti-vaccinationists are incapable of systematically and validly using microbiology, immunology, epidemiology, biostatistics, and the history of infectious diseases to make their case and display, in my opinion, a crass lack of integrity and decency, basically anything and everything goes to influence people’s opinions, regardless of how unscientific, illogical, and including threats and character assassination.

In publishing Roark’s opinion piece, in my opinion, The San Diego Union-Tribune is guilty of creating a false balance. My intent was NOT to single out the UT as this is a problem belonging to our mass media in general. However, as the UT is my hometown newspaper, it provided an excellent example of a topic that should be of considerable interest to many East County Magazine readers.

Given that The San Diego Union-Tribune has, on the whole, been supportive of vaccines, it would behoove them, as well as our mass media in general, to re-evaluate their choice of opinion pieces and even letters that clearly do not reflect, have NO validity, on other issues as well. The UT’s policy regarding Letters to the Editor, “It is also our policy to attempt to publish letters supporting or opposing a particular issue in a ratio reflecting the number received on each side,” when one side is clearly taking an unscientific, invalid position, promotes false balance and is a disservice to readers (The San Diego Union Tribune. Letters and Commentaries).

Joel A. Harrison, PhD, MPH is a retired epidemiologist who has been writing articles over the past years supporting vaccinations for Every Child By Two, an excellent non-profit founded in 1991. Every Child By Two has changed to Vaccinate Your Family, expanding its mission to include vaccines for people of all ages. You can find Executive Summaries of his previous ECBT articles that hyperlink to the complete articles as well as his brief biography on the archived ECBT Expert Commentaries page. Dr. Harrison has studied and worked in several countries, including Sweden (where he earned his doctorate) and Canada (where he earned a Master’s degree). Having experienced both the Swedish socialized health care system and the Canadian non-profit single-payer system, over the past 30 years he has devoted considerable time to studying health economics and health care systems, concluding that, though the Swedish system is excellent, given American culture, he believes that a non-profit single-payer system would be best option for the United States. Dr. Harrison is a long-time member of Physicians for a National Health Program.

The views in this editorial reflect the opinions of the author and do not necessarily reflect the views of East County Magazine. To submit an editorial for consideration, contact editor@eastcountymagazine.org.

Several well-done studies have found that many commenters on blogs only read the title of a posted article or, at best, a few sentences. The present posted East County OpEd is really just an introduction to a much more developed article. I really doubt you bothered to read my article, so your comment is without merit.

However, just to be exact:

Most adults eventually clear acute HepB without any treatment. From Mayo Clinic website: “Most adults with hepatitis B recover fully, even if their signs and symptoms are severe. Infants and children are more likely to develop a chronic (long-lasting) hepatitis B infection.” However, “Treatment for chronic hepatitis B infection. Most people diagnosed with chronic hepatitis B infection need treatment for the rest of their lives. Treatment helps reduce the risk of liver disease and prevents you from passing the infection to others.”
Have you done labs lately as you may feel fine; yet HepB is still present in your body, you aren’t cured?.
• Blood tests. Blood tests can detect signs of the hepatitis B virus in your body and tell your doctor whether it's acute or chronic. A simple blood test can also determine if you're immune to the condition.
• Liver ultrasound. A special ultrasound called transient elastography can show the amount of liver damage.
• Liver biopsy. Your doctor might remove a small sample of your liver for testing (liver biopsy) to check for liver damage. During this test, your doctor inserts a thin needle through your skin and into your liver and removes a tissue sample for laboratory analysis.

There is absolutely NO scientific evidence that any herbal treatment cures HepB; but many people with Hep B often experience NO symptoms for extended periods. Chronic infection with hepatitis B virus either may be asymptomatic or may be associated with a chronic inflammation of the liver (chronic hepatitis), leading to cirrhosis over a period of several years.

There are herbal treatments that claim to help with symptoms, how good they are I don’t know; but they ARE NOT A CURE and risk for eventual liver damage does not disappear and without any treatment many with HepB have asymptomatic periods. A claim by one natural practitioner:

“There is no cure for hepatitis B. But there are natural ways to support your immune system and reduce your risk of developing a chronic infection. There are also remedies for relieving the symptoms of acute hepatitis B, which for some people can last for months.” Note he makes clear that they “reduce” risks; but don’t eliminate them.

I am glad you are feeling well and hope you continue to do so; but your claim of a “herbal cure” is highly questionable. Get tested to find if the virus is still present! It would be wise to be monitored on a regular basis in case of developing liver damage.

Many of the people who comment here may be of an age where polio was still a concern and to travel to many countries the list of shots was long. I have smallpox vaccine marks on both arms due to bad record keeping as a kid.
The idea that vaccines are evil baffles me as the author states, and my own research shows, the effectiveness of vaccines and the positive benefits to humanity as a whole.
I believe the diagnosis of such things as autism and other issues, due to long time used and proven vaccines are overblown and over used.