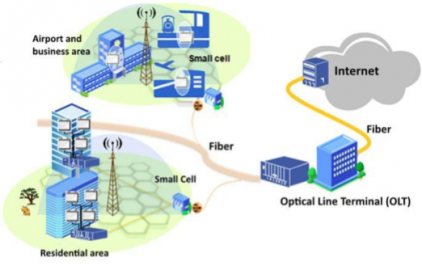 Reading from a prewritten script, following the pleading of 15 residents objecting to close-range, rf radiation-emitting small cells being placed very near homes and throughout our communities, Chairperson Dianne Jacob sided with industry in recommending a County staff proposal that included zero setbacks for residences from small cells.

It had a 1,000 foot setback from schools, childcare facilities, hospitals, and other civic sites, but Jacob quickly eliminated that protection, embattled by industry complaints, instead proposing a 300 foot setback for schools and these sites, adding in sheriff and fire stations, which was quickly seconded.

The Supervisors admitted uncomfortably that they felt health impacts would be seen from the deployment of these small cells, but claimed they could do nothing about it, even when presented with a long list of other municipalities that protected their residents with distance from hazardous radiation-emitting small cells and requests for a moratorium. There appeared to be not a shred of "political will" to stand up for the people of San Diego County, amongst these County Supervisors.

With the ordinance County Supervisors unanimously approved, they knew that small cells can be placed close to windows of homes and properties, rendering homes with them nearby virtually "unsellable" according to Holly Manion, a realtor from Rancho Santa Fe, part of the unincorporated portion of the County, who testified. A rally was held before the meeting, protesting 5G outside the County Administration Building.

Many wrote in and their letters are under Public Communications herein, under Agenda Item 6  https://bosagenda.sdcounty.ca.gov/agendadocs/materials.jsp. I don't know how long they'll be there, so download if you wish to save these for any future use. Of note is  Dr. Beatrice Golombs' letter and attachments sent   to the BOS on August 6th, explaining the dangers of 5G.

Cluttering is another problem. The new ordinance adopted by the Supervisors allows an unlimited amount of 4G and 5G small cells on an unlimited amount of poles stuck into our right-of-way and public places, which could end up looking like a forest of these all along our streets. One speaker described the County as set to look like "a pin cushion" with these all over, every 200-300 feet or even closer.  Small cells and these towers are described as unsafe in that they can catch fire and also fall down. There is no fall-zone established by this ordinance, so it can fall on people and homes and property. As for testing desired to determine whether these small cells (or groups of them) will be safe enough not to heat tissue causing thermal burns or shocks, according to FCC guidelines, a County lawyers told the Supervisors they couldn't require telecoms to test for this except for self-reporting, because it would be "based on health" (and not allowed according to federal law). But here is the federal law:

(iv) No State or local government or instrumentality thereof may regulate the placement, construction, and modification of personal wireless service facilities on the basis of the environmental effects of radio frequency emissions to the extent that such facilities comply with the Commission’s regulations concerning such emissions.

So in order to know that regulations are being followed, can't the County require this testing be done  independently?

I suggest you call your  County Supervisor to express your opinion on their unanimous vote against the people's interests.  Dianne Jacob is the Supervisor for East County.

These elected officials acted like a bunch of sheep and they're taking us all over the cliff with them, falling all over themselves to please the telecom industry. Those in the unincorporated areas, be on the lookout for "small cells" appearing suddenly by your home, unfortunately, unless the public rises up and demands protection for safety and property.

If you have a disability or medical condition that requires avoidance of rf radiation, you can send the County a request for ADA accommodations, under Title II - see  www.electrosmogprevention.org for more info. They may deny it at first, but with persistence, they should accommodate you as the Americans With Disabilities Act is designed to protect those of us with disabilities.

You can watch the Aug. 7th BOS meeting proceedings here, for Agenda Item 6.