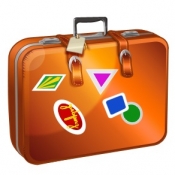 August 8, 2011 (La Mesa)--Anyone who has ever been to a convention for business purposes, and I have, will likely agree that they can be loaded with seminar after seminar of presentations that will bore you to sleep faster than a handful of tranquilizers. While there can be worthwhile educational purposes I have always suspected, given that the seminar attendance rarely actually totals the overall numbers at the event, attendees go and get a vacation under the banner of legitimate business expense.

If it is your company then that is your business to make that decision. However, when public funds are involved should there not be a little more scrutiny?

Seemingly of little note in the last La Mesa city council meeting was a report showing that over $77,000 dollars has been spent by our elected officials since the 05-06 budget year on travel expenses with around $30,000 dollars each by Mayor Madrid and Council member Allan.

I have heard that it was stated by one elected official that "If you're not at the table then you’re on the menu." That is very clever phrase but hardly a qualified justification in and of itself for burning up jet fuel at taxpayer expense.

With shrinking city budgets and the often stated desire to save energy, why is there not more extensive use of webinars and teleconferencing where all the elected officials together along with other stakeholders can interface with far away grant writers, decision makers and information providers?