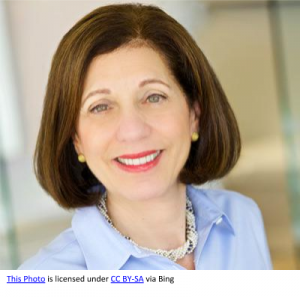 The State that started out saying “we need to protect these workers” is now refusing to send the same workers money that Congress specifically appropriated for independent contractors.

April 15, 2020 (San Diego) -- We all want to protect workers. But, so-called “Gig” workers (independent contractors) are often underpaid and left out of important safety net programs like unemployment insurance. This has always been the case, but historically it was a relatively small portion of the workforce.


But then the economy changed. The nature of “independent contractor” work became fundamentally different. The law no longer made sense in the real world. Despite widespread criticism, the legislature did nothing. The Supreme Court was forced to apply an old law to a new world. The result was a mess.

So, the legislature passed AB5, which creates exemptions for lawyers, insurance agents, and a variety of other occupations (mostly those with good lobbyists) while leaving most “gig” workers subject to a massive legal and political fight between unions and companies that offer services like ride-sharing and grocery deliveries.

At least for the moment, the gig workers who the Supreme Court and AB5 sought to protect were worse off than they were before the court acted.

Then came COVID-19 and the wheels fell off.

Everyone agrees, even its author, that AB5 needs work. It’s not the solution. Incentivizing workers to make claims of “misclassification” so that they can put food on the table doesn’t solve anything. It just compounds the problem. Sacramento needs to simply create a new classification of worker, even if temporarily, and release the money to the thousands of gig workers and independent contractors who have lost their jobs ... now.

When it returns, the legislature should adopt a modern law that accurately reflects the work relationships, does not give special treatment to lawyers and insurance agents at the expense of workers in other fields like artists, translation services, and millions of Californians who have found ways to make a good living for themselves in our new economy.

This may not affect you directly. But you probably know someone whose life was torn apart by the “AB5” controversy. Or, you may be relying on one of them to deliver food or other necessities during the “stay at home” order.

Join me in calling on all parties to put this fight aside and get the assistance approved by Congress and the President immediately into the hands of the people who need it.

P.S. For any of you who have not followed this issue: Yes, you got it right. The State that started out saying “we need to protect these workers” is now refusing to send the same workers money that Congress specifically appropriated for independent contractors.