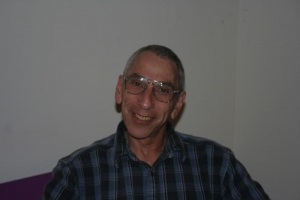 August 29, 2021 (San Diego) -- I could write an entire paper just documenting numerous cases where people who thought they were well-insured, discovered all too late they weren’t. The following are just a few examples:

1. Patient negotiates fees with surgeon, anesthesiologist, hospital, assuming assistant surgeon, as customary, will be paid by surgeon. Assistant surgeon bills $117,000 for 3-hour surgery and gets it (Rosenthal, 2014).

2. A woman doubled over with pain goes to emergency department at hospital. After multiple tests discovered not appendicitis; but ovarian cyst. Insurance company refused to pay as they determined wasn’t emergency. The person was supposed to diagnose herself, ultimately stuck with $12,596 hospital bill. I guess she could have waited, if appendix burst, well, that’s her bad luck. The policy of not reimbursing emergency room visits if turn out not be an emergency is growing (Kliff, 2018; see also: Abelson, 2018; Chou, 2018).

3. Between 33 percent and 80 percent of cancer survivors exhaust their savings to finance medical expenses. Up to 34 percent borrow money from friends or family to pay for care. For those who fall into debt, the level of debt is substantial. Bankruptcy rates among cancer survivors are 260 percent higher than among similar households without cancer (Ramsay, 2016).

4. “It’s not uncommon for patients who visit an in-network hospital to learn later that they’ve been treated by out-of-network providers, resulting in thousands of dollars in charges. And while the Affordable Care Act generally caps what consumers must spend out of pocket when using providers within their plan’s network, it doesn’t protect consumers from large bills from outside providers. Those providers may be free to charge the consumer for the balance of the bill that the insurer did not pay, known as ‘balance billing’” (Bernard, 2013).

5. “A long night spent struggling with what turned out to be a whooping cough infection left the Encinitas resident so exhausted that he fell and hit his head. He was taken to a hospital emergency department by ambulance. Doctors there recommended that he stay overnight for observation, a precaution to make sure he did not have a more serious injury. After leaving on Feb. 5, everything seemed fine until he received an $18,700 bill in the mail. He learned that, although he had spent the night in a bed at Scripps Memorial Hospital La Jolla, he was never technically admitted as an inpatient. Medicare pays less for observation stays than it does for people who are admitted, and Scripps was billing him for the remainder of the costs he incurred (Sisson, 2016).”

6. And, as a final example, an outrageous one, the treatment of 9/11 First Responders. Most were police or fire department employees, covered by insurance; yet, their insurances didn’t cover much of their care. Finally, Congress passed legislation 10 years later to cover them, though only certain conditions, too little too late for many who had already died and those remaining who had suffered. These were our heroes. If anyone deserved top quality care, it was them (Wikipedia. Health effects arising from the September 11 attacks).

Joel A. Harrison, PhD, MPH, a native San Diegan, is a retired epidemiologist. He has worked in the areas of preventive medicine, infectious diseases, medical outcomes research, and evidence-based clinical practice guidelines. He is currently active in supporting the adoption of a single-payer health care system in the U.S. For more information on single-payer go to Physicians for a National Health Program’s website at www.pnhp.org. His undergraduate degree was a duel major, Political Science and Social Psychology.