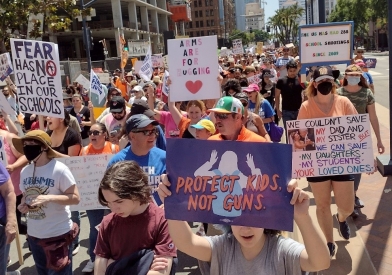 June 12, 2022 (San Diego) -- Enough! How many more will die before action is taken to reduce the ongoing tragedy of gun violence?  The horror at Robb Elementary was the 27th school shooting in 2022 alone. In the past decade, there have been over 900 incidents involving gunfire at schools.  Are we really to the point where, if it's not a mass shooting, we can compartmentalize the fact that gunfire and schools should never mix? 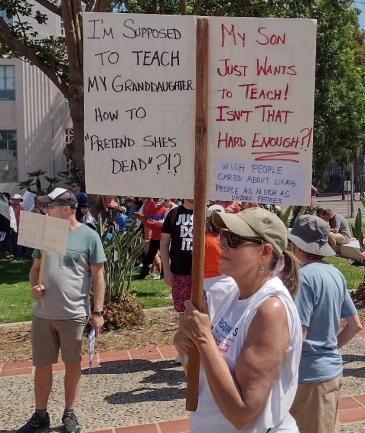 As a teacher, I take my student's safety with the utmost seriousness. They have an absolute right to be safe in their own lives at school and in their communities.

This is a national choice and we CAN change things if we want to. It will take time and will very likely be incremental rather than sweeping in scope, but we can act to make these changes happen.

Become informed, speak up and VOTE for the people who at least mostly align with your values on important issues. We should love our children more than guns.

Here are pictures from today's March for our Lives event. I’m including some good information about steps that are both achievable (hint...there will be no repeal of 2nd Amendment) and would be positive progress. 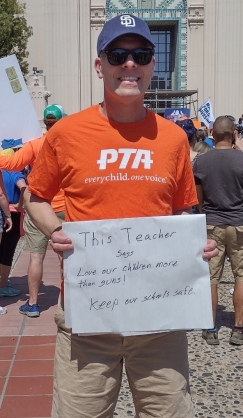 Jay Steiger is a teacher in Poway. This Op Ed was originally written as a social media post.