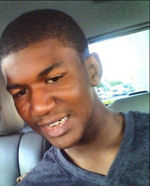 Joel A. Harrison, PhD, MPH, a native San Diegan, is a retired epidemiologist.  He has worked in the areas of preventive medicine, infectious diseases, medical outcomes research, and evidence-based clinical practice guidelines. The opinions in this editorial reflect the views of the author and do not necessarily reflect the views of East County Magazine. To submit an editorial, contact editor@eastcountymagazine.org