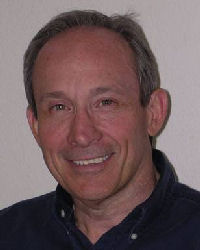 By Bill Weaver, candidate for the GUHSD board

October 28, 2012 (Alpine) – Why is building a 12th high school for the Grossmont Union High School District in Alpine still an issue?

Because it was twice funded by public initiative bond measures, Prop H ($274 M) and Prop U ($417 M), Further, HS12 is a money maker for the GUHSD, the one and ONLY bond project predicted to make money, and attract new students and California Average Daily Attendance (ADA) funding, per GUHSD Demographer Mr. Vince O'Hara. There are over 1200 students that would attend, and this would alleviate overcrowding at Granite Hills HS, now populated at around 2800 students (and SAVE money by reducing physical campus needed added classrooms using up bond money because 600 fewer students would be at GHHS).

With the predicted new students and district growth that will be attracted by an HS12, there would likely be soon about 2,000 students or more, many new to our district, that would fully populate the proposed HS12 campus, and have a waiting list instantly!

It is plain irresponsible to NOT go forward with this project; because there is the money, and the enrollment is proven beyond a reasonable doubt to be sufficient and growing by a demographer producing a statistically high probability prediction of student growth. A professional did this recently!

More silly is ignoring that Granite Hills HS is unsafe because of overcrowding (Prop H was dubbed,” The Overcrowding & Safety Measure").  The whole recent "Boundary Study" which was originally recommended by the GUHSD Bond Advisory Commission (BAC) {June 14, 2007} Report to prevent the crazy shuffling around of students is a related issue that the GUHSD Gov. Board just got in hot water over, since they ignored the Commission’s recommendation regarding the 12th high school. Prop H was meant to reduce GHHS overcrowding, and reduce unsafe student commutes, Steele Canyon Charter HS included.

Almost 700 Alpine/Blossom Valley students go to GHHS, 340 go to Steele Canyon. Both are overcrowded and unsafely impacted. The student body and education suffers at both by sheer mass of students per campus. Today, the Steele Canyon Charter HS is busting out of its designed for 1800 student capacity, with its current 2400, and a waiting list to get in!

Re: Oversight... The Prop H Citizens Bond Oversight Committee (CBOC) was owned by appointees', appointed to the 1st CBOC by the GUHSD Board President, Jim Kelly. The current Prop U CBOC is a bit better, but was/is still intimidated by the GUHSD bureaucracy and the administration, as they inject a political self-interested spin, and excuses are shoveled out. Yes we need watchdogs to oversee the Citizens Bond Oversight Committee ... The CBOC is part of the ineffective bureaucracy, that is why I shudder when I hear, "Strict Oversight" or supervision, that cannot exist under the current system.

Bill Weaver, candidate for the GUHSD board, is an East San Diego County education and civic advocate who was named Alpine Leadership and Public Service Citizen of the Year in 2009. The opinions in this editorial reflect the views of the author and do not necessarily reflect the views of East County Magazine. To submit an editorial for consideration, contact editor@eastcountymagazine.org.