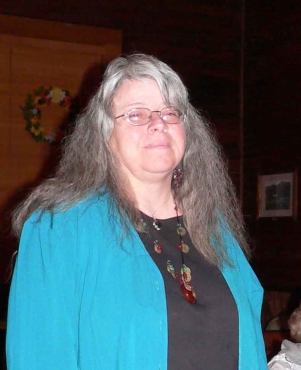 Note:  Hedlun sent this on Sept. 14 to San Diego Sheriff’s Deputy Chad Boudreau, with copies to Supervisor Dianne Jacob and ECM.  She’s granted permission to run this as an open letter/reader’s editorial.

September 16, 2016 (Potrero) -- My name is Jan Hedlun and I am a Potrero resident and an elected member of the Potrero Community Planning Group. I was speaking to Bob Buerer who attended the recent Regional Fire Safe Council meeting on Thursday, September 8th who told me something deeply disturbing.

Mr. Buerer shared that at the Regional Meeting, with other agencies and individuals in attendance; a Deputy reported to the Council that the Sheriff's Department has held a “number of meetings in Potrero.” When Mr. Buerer asked for specifics, this Deputy would not, or could not give him any details of said meetings.

Deputy Boudreau, upon hearing this I have spoken with members of the various groups in Potrero which includes the Community Center Foundation, the Fire Safe Council, Disaster Preparedness, plus I've spoken with fellow members of the Planning Group and members of the local church and no one has received an invitation to a meeting, or attended a meeting with the Sheriff’s Department specifically located in Potrero. This does not include the meeting at the Barrett Cafe with Supervisor Jacob soon after the Border Fire.  I also checked with the Branch Manager of our Library, where we hold the majority of our events, and her calendar had nothing listed from the past three months that would indicate a meeting was held with law enforcement deputies or officers.

Deputy Boudreau, please tell me why the Sheriff's Department would report there had been meetings with residents when none have occurred?

Please tell me why the Deputy that reported these meetings would not provide details or, when asked by Mr. Buerer, a business card?  Considering one of the many complaints during the Border Fire was that law enforcement would not provide their name or badge numbers, this has just proven the enduring lack of transparency we deal with.

Potrero has had little voice in the aftermath of the Border Fire. Letters detailing issues and possible solutions have yet to be addressed. We have been waiting patiently for some form of contact from local law enforcement but none has been forthcoming. No emails. No phone contact. No flyers. No meetings. As of right now it appears the Sheriff's Department has no intention of providing any forum for us to speak with them, although they are informing other agencies and news media that this has happened.

Then Mr. Buerer was told that it is “not the responsibility of the Sheriff's Department to make announcements to the community and that it is the community’s responsibility to publish these events.” Deputy Boudreau – we can't announce a meeting we aren't aware of and with the logic inherent in the above statement we would never know one was upcoming. Perhaps a citizen representative or liaison could be chosen within the community who can then publish an event if there really is one to attend?

I, and others in Potrero, would appreciate answers.

Please provide me with the name and contact information for the officer that reported these meetings in Potrero. I would like to know how many meetings have been held, where they were held, who he or other deputies spoke with, and what were the results of these meetings.

Deputy Boudreau, are you the person who can arrange a legitimate meeting during the evening when working individuals can attend? Then your deputies could honestly report they had met with us.

On Sept. 20, Jan Hedlun forwarded this response that she received from Sergeant Boudreau:

I am not the laiason between civilians and the Sheriff's Department. If you were given this information, it was in error.

Your email was forwarded to the Captain of the rural command, Capt. Turner.

He has been cc'd on this email if you still have questions.